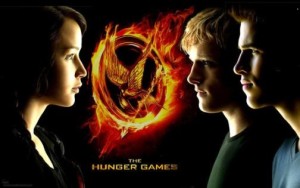 The last Hunger Games movie stars the following actors: Jennifer Lawrence, Woody Harrelson, Liam Hemsworth, Josh Hutcherson, Julianne Moore, Elizabeth Banks, Robert Knepper, Philip Seymour Hoffman, and Donald Sutherland. It will continue the story of The Hunger Games: Mockingjay – Part 1 which hit the screens on November 21, 2014.
The initial filming of both Mockingjay parts of the last chapter started in September 2013 in Georgia (the state) prior to relocation to Paris (France) and then Berlin (Germany) in June 2014.
The US release date for The Hunger Games: Mockingjay – Part 2 is set to November 20, 2015.
Have you watched all The Hunger Games movies? Are you intrigued to see what it all ends with?