The Good Dinosaur release date was named. We should expect for this new animated cartoon very soon.

In Q1 of this year, Pixar introduced the first trailer for the new animated movie titled as "The Good Dinosaur".  When and what to expect from The Good Dinosaur premiere?
The cartoon tells the fascinating story of a dinosaur named Arlo (voiced by Raymond Ochoa), who finds the human baby. The baby is not afraid of these creatures, dinosaurs, and takes him as a friend. That is what makes this story so awesome and family-friendly to watch. 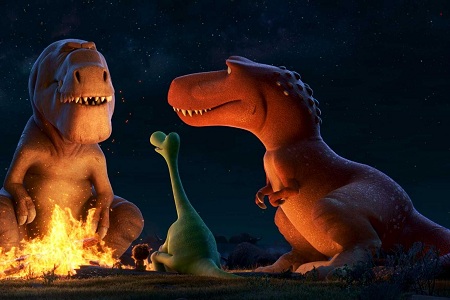 The Good Dinosaur cartoon will be released 3D format at the eve of Thanksgiving holiday weekend.

Will you watch this Pixar carton? What do you expect from this animated movie?