A sad, but at the same time vital and believable story will soon appear before cinemagoers worldwide. This movie is The Glass Castle, the drama, which very clearly demonstrates the challenges and tribulations of the modern family and shows in what people can turn into under the influence of various addictions. The creators have not yet submitted an official release date, but it’s already known that this drama will be shown on the world’s screens in 2017. If the authors really are able to implement the ideas that they want, the forthcoming project may be one of the most iconic and memorable pictures of the current year. 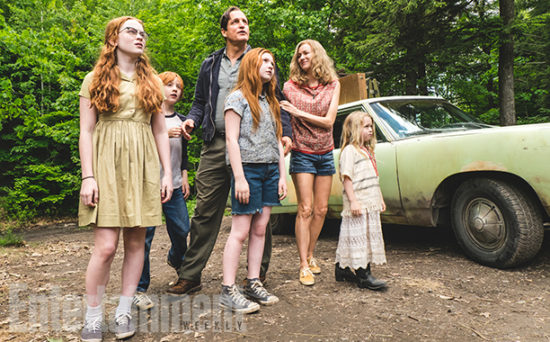 The cinema The Glass Castle is directed by Destin Daniel Cretton, an American filmmaker and writer working in various genres. He is helped by other professional scriptwriters developing the story – Marti Noxon and Andrew Lanham. They borrowed the idea of their story from Jeannette Walls’ novel, having the same name.
The crew of producers includes the people who are responsible for the film distributing and presenting the information about its production. These professionals are the following ones:

The company producing The Glass Castle is Netter Productions; the main distributor of the cinema is Lionsgate Films, an outstanding American company.

The plot unfolds in a dysfunctional family having many children, and the main character is a young girl who since her childhood has never seen parental love. Her mother is selfish and indifferent to the children, and an alcoholic father is not interested in family affairs and spends the entire small budget for binge. Jeannette Walls, the woman who wrote an autobiographical story is the main character of the film. She has an older sister and a younger brother and sister, and together the children grow up in such a terrible family, deprived of parental care and growing up with a sense of complete independence. They do not have anyone to rely on, so they all must seek everything themselves.

The filming started in the spring of 2016, and according to preliminary information the movie is to air in 2017. The premiere is being awaited by many lovers of a serious drama who believe that the story will not disappoint their expectations. Stay tuned to get the data concerning the future film and know an exact air date and interesting facts and details about the plot and the cast.