The Marvel Universe fans from all over the world have been awaiting this event for quite some time already – the release of The Black Panther film in the movie theaters.
One of the main topics for conversations was the persona of the leading actor in The Black Panther. Another issue which has interested many curious minds was when the film will finally be released. These two and the rest of the questions have been answered during the conference in late October 2014. Marvel Studios made an announcement that the film is in production. All the excitement is caused by the fact that the viewers will see the superhero wearing his costume for the first time (a brief appearance in the Captain America movie doesn’t count).

Black Panther has made his first appearance as a Marvel superhero in a 1966 Fantastic Four comic book. He is known to be the first black superhero in history of graphic novels. Soon after that, Black Panther has got his own separate story unveiling through a series of comics.
The main characteristics of Black Panther are night vision and the outstanding sense of smell, and also increased endurance, speed, and strength. These attributes are superhuman. In his ordinary life, he is a leader of an African tribe, or clan, in a remote country Wakanda. 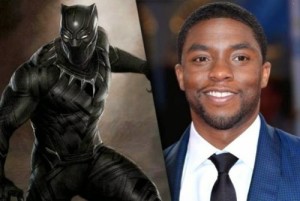 Chadwick Boseman is the actor who plays Black Panther in the upcoming movie. He was invited for the role, and the Marvel community will be watching closely as he leads his path towards acceptance as a long-awaited superhero.
The film The Black Panther is expected to be released on November 3, 2017.
Are you waiting for the new film in the Marvel Universe? Will you celebrate Black Panther joining the superheroes’ gang?