It is only 3 month until the release of the sequel of one of the most popular hit in 2014 that has gained a complete success at the box office with our favourite Ninja Turtles who are going to amuse us again.

What do we know about the first part of the movie?

In 2014 the story about four fantastical ninjas from the famous comics was shown to the entire world in the form of a film produced by Paramount Pictures. The main characters were traditionally 4 turtles (Leonardo, Donatello, Michelangelo, and Raphael), a charming reporter April O’Neil performed by the one and the only Megan Fox, and her cameraman Vernon Fenwick.
The action of the film unfolds in New York, the most popular city for movies. The main evil antagonist of four friends who are on the good side is represented as usual by Shredder. He seizes power in New York. Hard times came to the houses of all its residents. All the police and local authorities stay under a complete control of Shredder.
The common inhabitants of the city suffer from this turn of events eminently. It seems that they have already lost at least a tiny hope that the situation would get much better in the near future. However, eventually four brothers from the sewage gutter are coming out to accomplish their destination to clear out the city from criminal organizations. Nobody knows their names and even doesn’t expect that the city’s heroes are not people but the Ninja Turtles.
The valiant characters should combine the forces with the reporter April and her cameraman in order to discern the cunning plan of the villain and save the city. 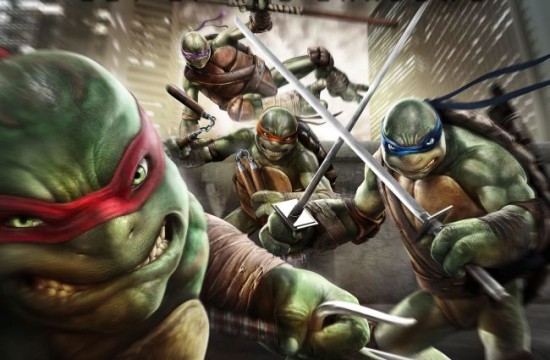 The upcoming adventure with the same heroes

The return of the story will be noted for minimal changes in the cast. Thus, four actors (Pete Ploszek, Noel Fisher, Jeremy Howard, and Alan Ritchson) who have livened up the Turtles by means of motion-capture facilities will stay the same in the second part.  It concerns also the principal characters that stay behind the scene but contribute to the success of the project equal or even greater to the players on the screen. The screen writers and the producers remain unchangeable. However, the film director of the previous part (Jonathan Liebesman) is expected to be substituted by David Green.
The main focus, however, is expected to be directed on the mutants. According to official sources the Turtles are going to have the double screen time. Such data can be also proved if to look at the posters of Out of the Shadows where practically only they are depicted.
The continuation of the story is noted for the appearance of several new characters, such as the Turtle’s friends Bebop, Rocksteady, and Casey Jones.

When the sequel is to come out?

The launch of the sequel was appointed by the film producer right after the premiere of the first part.  Teenage Mutant Ninja Turtles: Out of the Shadows release date is considered to be June 2, 2016. Thus this summer is going to be exciting for the lovers of blockbusters.