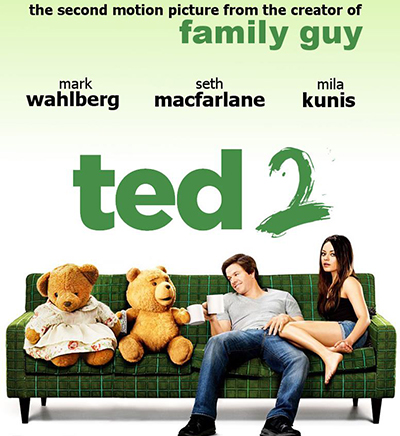 Ted 2 is an upcoming American comedy, a sequel to a film about John and his friend, a plush bear named Ted. The film has become one of the most popular comedies of the recent. An image of a charismatic teddy bear has contributed to this greatly. Although the toy animal seems to lack the understanding of what conventions and morals are, nothing much can be done here: friends are not to choose. The first film’s tagine was “Ted is coming.”

The original movie was screened in August 2012 and collected a worldwide profit of $549 million 10 times exceeding its budget. It is an outstanding result for a comedy movie; therefore, the sequel was under no negotiation. I will premiere in June 26, 2015.

An American actor and filmmaker Seth MacFarlane is the director. He is known for making a Million Ways to Die in the West movie and writing a screenplay for Family Guy. He has also done a voiceover for Ted. The main cast of the film includes Mark Wahlberg (Transformers: Age of Extinction, The Departed, The Fighter) and Mila Kunis (Black Swan, The Book of Eli, Jupiter Ascending).

It has been confirmed that we’ll see Mark Wahlberg again in the sequel. He will be accompanied by such Hollywood celebrities as Liam Neeson (Taken, Wrath of the Titans, The Grey), Amanda Seyfried (Les Miserables, In Time, Pan), Morgan Freeman (The Shawshank Redemption, Now You See Me, Oblivion) and others.

The story is centered around John, his beloved Lori and his friend Ted. The latter starts to interfere in the couple’s relationship – he won’t give up and lose a friend so easily. The only peculiarity is that Ted is a plush toy bear who has a troublesome and impulsive personality.

John and Ted became friends a long time ago when little John made a Christmas wish. He desperately wanted to have a friend, and nobody could imagine that a talking teddy bear will become one. Time passed by, and John has grown up to become a normal member of the society, which is not Ted’s case at all. It may seem that this rogue of a bear has collected all the sarcastic jokes and pranks in the world. Now John is facing a tough choice – to keep the friendship with Ted or start living a normal life like everybody else.

It has been revealed that in the sequel, Morgan Freeman will be playing an attorney to whom Ted the bear will come after getting in trouble with the law. The leading female role will go to Amanda Seyfried who will replace Mila Kunis.

Mark Wahlberg and Seth MacFarlane could have been on board of the unfortunate planes which clashed with the towers of the World Trade Center in New York on September 11, 2001. Mark had changed his plane before, and Seth was late for his flight. To commemorate this, there will be a reference to the tragic event when the bear mentions the date of 9/11.

Mila Kunis and Mark Wahlberg have already starred in a film together, they formed a great duo in the Max Payne action movie.

Mark Wahlberg has confessed that he had never played a role in a sequel, but his experience of working with Seth MacFarlane was very satisfactory, which is why he’s happy to be a part of the project again.

The movie was nominated for several prestigious awards, including an Oscar in the category "Best Film Song."

The movie has a number of references to other popular films, including Iron Man, Jurassic Park, Indiana Jones, The Mummy and Aliens. 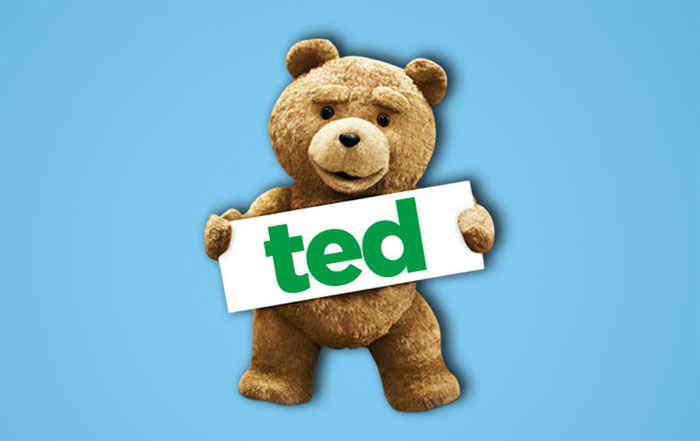 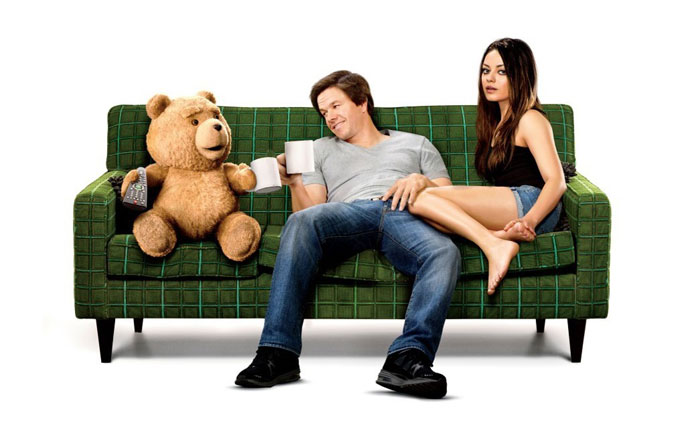 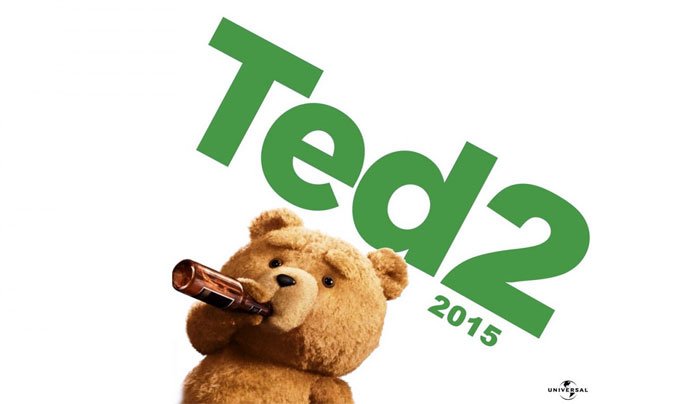