Events that took place in the eastern countries in the last century are not known to all. Many people remember the split between the two Korean republics in the North and South, but not everyone knows about the uprising in South Korea and the victims who have become many innocent people. The authors of the movie Taeksi woonjunsa decided to convey to the audience bloody events of that time and to present a heroic story of a few individuals. It is noteworthy that the film is based on the true story, which more enhances its chances to become the most long-awaited eastern project of 2017. The audience is waiting for the premiere and wonders if this cinema will be able to compete with western blockbusters and whether the creators will manage to reveal a dramatic idea of ​​the film emotionally and colorfully.

The Cast and Main Creator 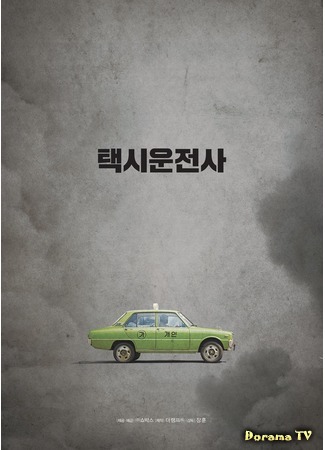 The film is directed and created by Jang Hun, a South Korean director and producer, who has managed to developed the story that really took place in the past.
Among the actors whom the viewers will see in an upcoming movie are worth mentioning the following ones:

The company distributing Taeksi woonjunsa and responsible for soon release on the world’s screens is Snowbox/Mediaplex.

All the events of this true story happen in South Korea, 1979. The country is in chaos, and as a result of the coup Chun Doo-hwan sizes power. A mass demonstration happens the following year, and this meeting was called the Gwangju Uprising. On the suppression of the uprising are sent military units. A German journalist, who at this time is in the capital of Korea, decides on a desperate step and wants to get into the epicenter of the uprising and shoot all of the events to bring the world the truth. In order to get to the appointed place, he enlists the aid of an ordinary taxi driver, who will have to bring the journalist safe and sound and to hide from the military forces.

There hasn’t yet been mentioned any official information about an exact air date of Taeksi woonjunsa. Everything the audience knows is that the film will be presented in 2017, and this will probably happen at the end of the year. Not to miss important information and be aware of any changes in the cast or the plot of the cinema you’d better stay tuned and get the news from the creators of an upcoming movie.