During seven years, the developers of the first part have been teasing us with the promise to shoot the sequel. And now, we are lucky enough to get to know that the second installment entitled as T2 Trainspotting is going to premiere pretty soon. When is this “pretty soon”? What T2 Trainspotting release date? Let’s find out this and much more!
At first, the reason for the so-long break between these two launches is clear enough, as the director wanted the actors to look a decade older. So he gave them an additional decade to make certain that every one of them was looking grown and exhausted enough. 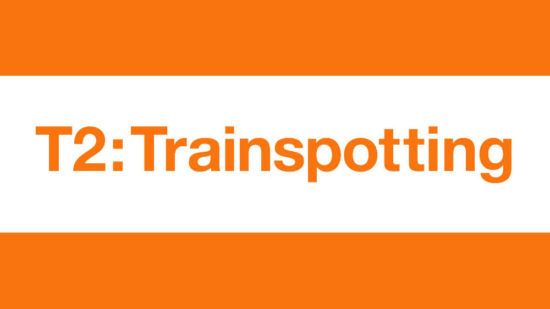 The Principal Cast is Back

Good news for the fans of Trainspotting – the lead actors participating in the predecessor are returning to the new flick to take on their usual parts. Jonny Lee Miller (Simon ‘Sick Boy’ Williamson), Ewan McGregor (Mark ‘Rent Boy’ Renton), Ewen Bremner (Daniel ‘Spud’ Murphy), and Robert Carlyle (Francis ‘Franco’ Begbie) – all of them have signed their contracts and have already performed their acting parts.
On a side note, Danny Boyle has returned to direct the new movie. Kelly Macdonald comes back as Diane. Nevertheless, it is not exposed yet whether for a cameo or a main part. Unfortunately, we should not hope for the appearance of Tommy on screens.

Initially, it was promised that the launch would be arranged yet in 2016. This year is a special one. The thing is that twenty years ago, Boyle’s 1996 original was released. So this was supposed to be a kind of celebration of this anniversary. It has emerged that the debut was postponed to 2017. The exact release is January 27, 2017, almost in the entire world.