That’s an American project of one of the most creative directors in the world of cinematography of today – M. Night Shyamalan. He always manages to invent unpredictable stories with twisted plots based on the elements of psychology, science fiction and sometimes religion. His films stand out of the mass of other films of the same genre. M. Night Shyamalan both directed the film and created a script for it. The stars of it are Jessica Sula, James McAvoy, Betty Buckley, Anya Taylor-Joy and Haley Lu Richardson. The filming and photography started on the 11th of November 2015. Was mostly filmed in Philadelphia, Pennsylvania. 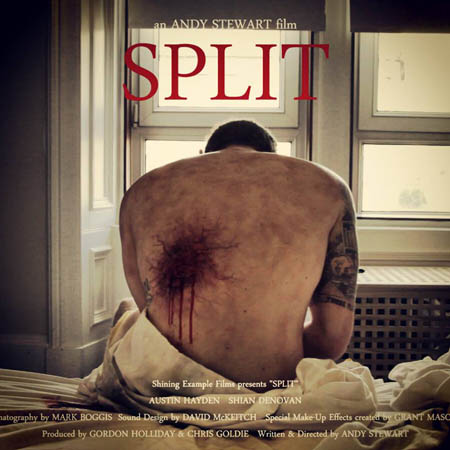 The main character of the film is Kevin (portrayed by James McAvoy). He’s nothing like an ordinary man – his split personality is shocking. He’s got 23 contrasting personalities living inside of his body. He kidnaps three teen girls. They are horrified by what’s happening desperately trying to escape the psycho who abducted them. All of his 23 personalities get revealed throughout the film – from a little kid to a sophisticated lady, until the 24th one appears. This is when a real nightmare begins. Kevin’s 24th personality names itself "The Beast".

On the 26th of August 2015, there was an official announcement that M. Night Shyamalan is going to direct a thriller basing on his personal script. Joaquin Phoenix was invited to portray the main character. Shyamalan produces the film together with Jason Blum and Marc Bienstock. On the 2nd of October 2015, James McAvoy replaced Phoenix to portray the main character. On the 12th of October 2015, Betty Buckley, Haley Lu Richardson, Anya Taylor-Joy and Jessica Sula joined the crew. On the 27th of October 2015, Universal Pictures titled the film Split and received official rights for the release.
The photography and filming started on the 11th of November 2015. It took place in Philadelphia, Pennsylvania. However, in the beginning of summer 2016 there were several reshoots. M. Night Shyamalan says that it’s his longest movie ever created.

Rotten Tomatoes gave Split positive rating of 88% basing on right reviews. The average rating given is 6.9 out of ten possible. Metacritic gives it 74 points score out of a hundred basing on the reviews of five critics. Critics’ reviews are generally favorable reviews.

At first, the release date of split was scheduled for the 27th of January 2017. Later the date was pushed to the 20th of January the same year. However, it won’t be a premiere, cause Split has already been shown at Fantastic Fest in Austin, on the 26th of September 2016.