The name of the title character seems to be a household word. So the theme of the story can be perceived as something already predicted. The release of the feature movie with the biography of a certain person who has played for now a significant yet sad part in the American history is scheduled for September 16, 2016.

Describing the project in the whole

Escaping so far the necessity to show the idea of the project, we would likely to embark on the very production issues, as the idea needs to be discovered in particulars.
The studio behind this biography drama is Open Road Films with Oliver Stone, three-time Academy Award-winning filmmaker, as a director and a screenwriter alongside Kieran Fitzgerald. This duo started bringing the real story to life exploiting such stars as the members of the performance crew as Joseph Gordon-Levitt, Melissa Leo, Shailene Woodley, Tom Wilkinson, Zachary Quinto, Nicolas Cage, Rhys Ifans, Joely Richardson, Scott Eastwood, Timothy Olyphant, and Ben Schnetzer. 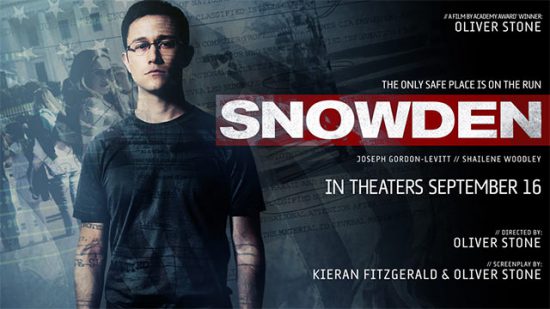 Highlighting the plot and unraveling the idea

The most popular real story about Snowden that seems to be known to anyone in the civilized world is now going to be presented as a movie adaptation.
Edward Snowden is the figure who was brave enough to unravel shocking truth that lies in the illegal surveillance activities of the NSA. Thus he becomes the most wanted man on Earth.
Being a hero to some people and at the same time a traitor to others, Snowden is the focus of this story that is to tell us why he has done it. The story promises to capture the audience with all those compelling and shocking facts.
Though the story is real, the base of the film turns to be the series of books titled “The Snowden Files: The Inside Story of the World’s Most Wanted Man” penned by Luke Harding and “Time of the Octopus” written by Anatoly Kucherena. The latter book is dealing with Snowden hoping to get asylum in Russia. The authority in the USA was demanding his extradition in order to put him on trial for leaking classified information.

Trailers for the thriller 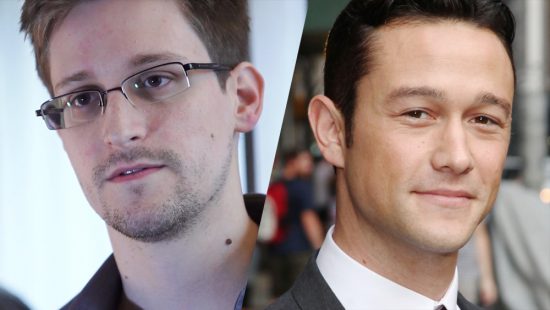 There is now one full trailer for this film available on various online resources. It is full-fledged to make you be acknowledged about all aspects of the upcoming thriller. Is it a thriller? Surely, it is as the story needs to be included in the frames of this genre.
There are also a lot of posters, as well as teasers, available on the Internet. Take a look at them before the debut comes to knock at our door.

When can we expect the release of the story?

The film about the politically charged young man is going to be unraveled very soon. The Snowden release date is already defined. It is September 16, 2016. The movie is predicted to exceed all most positive expectations exploding people’s attention. But can it become forbidden in some countries? Possibly, yes, it can. However, let’s not think about it now as the premiere is near. So our anticipated feelings will be satisfied very soon.