The East is famous for its mysterious stories about life and death, about what is the afterlife and as a person gets into another world. Thus, South Korea’s creators decided to show the world the local idea of ​​what happens to this or that person after death. This fantastic film with elements of drama in Korean is called Singwa hamgge, and its English name is With God. In this project will be wonderfully combined unusual images and natural life of ordinary people, and the audience will have to make sure that such pictures can and must be in modern cinema. The exact release date is still unknown, but the movie is expected to be released in 2017, and it is already enough to make the audience all over the world looking forward to the premiere. 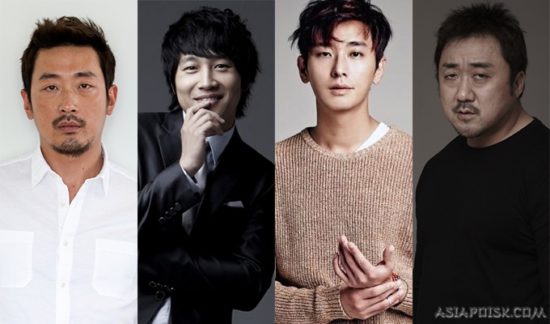 The person who created the whole idea of Singwa hamgge is Kim Yong-Hwa, a Korean director and producer. But he is not working on his own developing the movie and writing the script, as he uses some ideas of webcomic Joo Ho-Min.
It’s is known that the film will be presented in two parts, but more detailed news hasn’t been mentioned yet.
The cast of the cinema presenting its main characters consists of such actors as:

Koreans believe that after death the soul of a man goes into the underworld, where it everywhere should be followed by the angel of death. In this world the dead has to conduct 7 special trials for a period of 49 days. It is assumed that the angel mustn’t take part and interfere into human affairs, but one of these characters, played by Ha Jung-Woo, feels great sympathy for the human race. His tests in the underworld will be passed by Ja Hong (Cha Tae-Hyun).

The process of filming started on May 2016, and the finale result is supposed to be presented in 2017, and this probably will happen at the end of the year. The public is eager to watch this interesting story as it almost has no analogues on modern TV. It’s still difficult to say about viewers’ reviews as the film hasn’t aired yet, but if the information on the Internet is true, the audience and critics are to sure to accept the picture with pleasure and interest. Stay tuned to be the first to find out all the details of the cinema and know its air date as soon it has been announced.