That’s the place where you’ll get up-to-date news on the highly anticipated series, anime, reality shows and upcoming films. Every single day we do our best to collect the info about new broadcasts and premieres. Today let’s have a look at the upcoming premiere of the upcoming biographical Queen of Katwe movie. Scroll down to get the new facts, info on the plot, the crew and the release date. 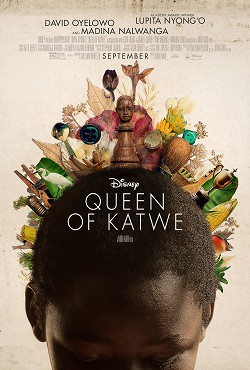 Queen of Katwe is drama film based on the biography of a real person. The director of the upcoming project is Mira Nair. The central character of it is Phiona Mutesi. She’s a girl from Uganda who gets the title of a Woman Candidate Chess Master after successful participation at World Chess Olympiads. Walt Disney Pictures Company produces the film. It will be a limited edition available only in North America. For the exact release date and the plot read further.

The protagonist in this story is a girl named Phiona Mutesi (portrayed by Madina Nalwanga). She’s 10 years old and lives together with her family. Her life is a never-ending struggle. Her mother named Harriet (played by Lupita Nyong’o), works from morning till night selling vegetables. She does her best to feed her kids and make their life as comfortable as she can.
Once Phiona gets acquainted to Robert Katende (played by David Oyelowo). He is a soccer player and he teaches local kids how to play chess. Phiona gets really captivated with it. Chess demands much concentration, keen strategic thinking and the ability to bravely take risks. However, these skills are also useful in everyday life. This way Katende tries to change the way of youth’s thinking. 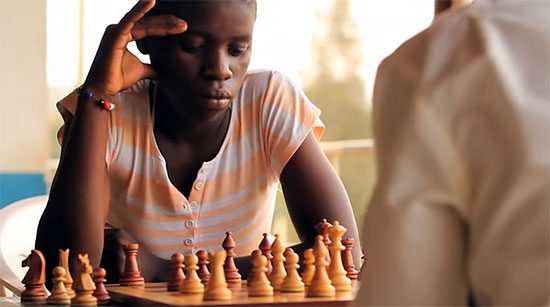 Phiona is captivated not only with chess, but also with Katende himself – with his intelligence, his wit and energy. She shows great potential. Katende sees that Phiona’s got a natural gift for playing chess and the spirit of a fighter. Katende mentors her, but her mom Harriet doesn’t’ wish to share any encouragement for her daughter. She’s afraid that her daughter can be disappointed.
Nevertheless, later, Phiona starts to get her deserved success participating in local chess competitions. Katende has to teach her write and read. Only this way she can start schooling. She gets up through the ranks in competitions and tournaments. She is so devoured by the world of chess that totally forgets about her family. Her mom finally realizes that her daughter can gain the deserved approval and escape from that terrible life filled with poverty and sufferings. Phiona focuses on her personal life and her future. Ready to know more?
The cast: Lupita Nyong’o, David Oyelowo, Ntare Guma Mbaho Mwine, Madina Nalwanga, Russel Savadier, Charity Rose Pimer, Maurice Kirya, Taryn Kyaze, Peter Odeke and Esther Tebandeke. 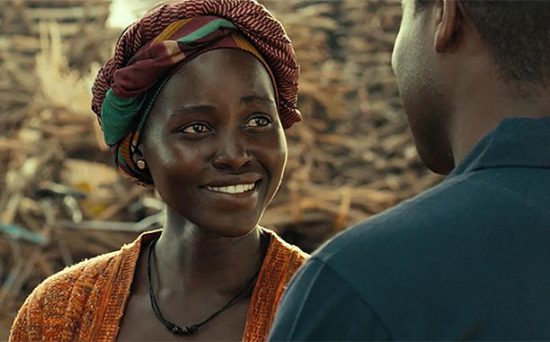 The premiere of Queen of Katwe is planned for the 23rd of September, 2016 (but only in the USA). Premieres all over the world will be available on big screens on the 30th of September this year. The European debut will take place at Film Festival in London on the 9th of October, 2016.