Are you still looking for fresh news on your favorite actors and their new films? Wanna know more about the upcoming premieres of movies and animations? We constantly surf the net for up-to-date news on the upcoming projects. Check this out if you’re desperately searching for something really enjoyable. This time we’ll have a look at Patriots Day movie and the official or possible release date. 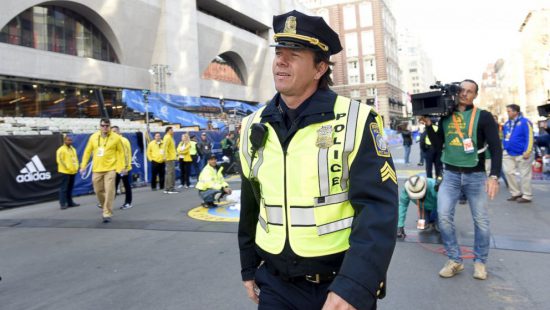 That’s a tragic drama movie getting ready for the premiere in 2016. The director is Peter Berg. The scenario is written by Matt Charman, Paul Tamasy and Eric Johnson. The storyline concentrates on Marathon bombing in Boston 2013. This novel based story is about Ed Davis – the main character of the story. Through his eyes we see the tragic events that lead to Boston Marathon 2013 and the following manhunt.

The poster of the film looks very minimalistic. Blue, red and white shoelaces are organized in a special way to depict the flag of the USA. The central character of the upcoming film is portrayed by Mark Wahlberg (The Academy Award nominee). He plays the character of Tommy Saunders (Police Sergeant). Tommy participate in a serious manhunt operation. The government and the police are looking for the brothers who participated in a terroristic act at Boston Marathon held every year. Two bombs were detonated and three people were killed. It happened in April 2013.
The film is not only about the events of that tragic day, its also a sort of an inner view on everyday lives of usual people who inspired the world by their heroism. 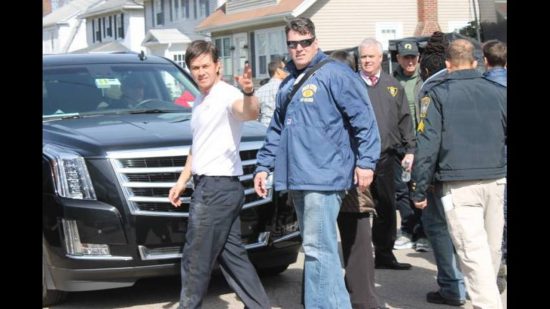 For more info on the actors and the plot get to IMDb. 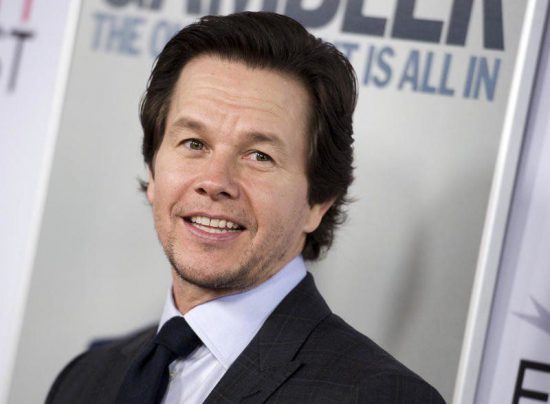 The movie is based on a true story. That’s the third Mark Wahlberg and Peter Berg collaboration in a true story based movie.
Patriots Day was filmed at the same time as Stronger (planned to get to big screens in 2017).

Patriots Day will be released in limited edition in Boston, New York and Los Angeles on the 21st of December 2016. The nationwide release is planned for the 13th of January 2017.