Christmas is probably the best leisure time and if you’re willing to get that X-mas feel right before the holidays start, grab a couple of your best friends and get to the cinema to watch Office Christmas Party – an upcoming Christmas comedy film of 2016. The director of the project are Josh Gordon & Will Speck, the script was created by Justin Malen together with Laura Solon. The film bases on a story written by Jon Lucas and Scott Moore.
Principal photography and the filming of Office Christmas Party started in March of 2016 in Atlanta. In April the crew moved to Chicago. From April to June of this year the filming was held in Hiram, GA. 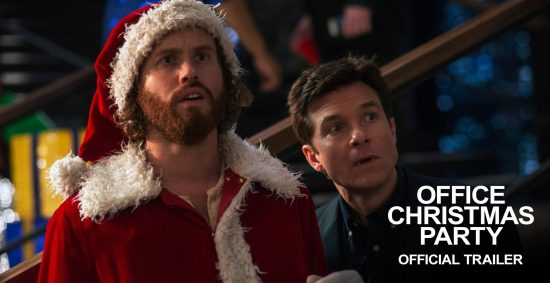 One of the main characters of Office Christmas party is Carol Vanstone. She’s the Chief Executive Officer (portrayed by Jennifer Aniston). She does her best to close her brother’s branch. The trouble is that her brother Clay (portrayed by T. J. Miller) devotes too much time to partying. In addition, together with the company’s Chief Technical Officer, Clay must organize the most epic Christmas party possible. His aim is to unite his co-workers, cause the aim of the party is to impress company’s potential client. This party may be the last thing to somehow get rid of the company’s tough financial affairs. 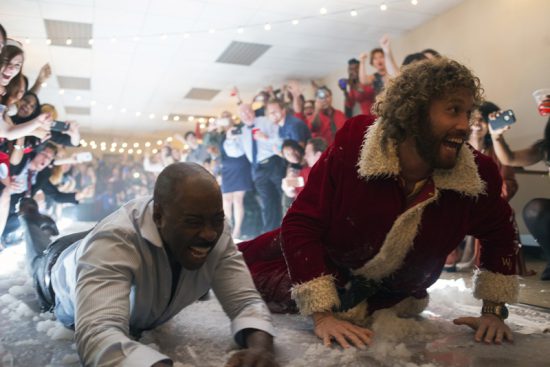 The script for Office Christmas Party appeared in 2010 when Josh Gordon & Will Speck created a spec for a holiday office party. DreamWorks Pictures bought it and handed it over to Lee Eisenberg, Gene Stupnitsky, and Laura Solon, who rewrote it.
On the 19th of February 2016, there was an official announcement about Speck and Gordon invited to direct the film. The cast included Jennifer Aniston, Kate McKinnon, Jason Bateman and T. J. Miller. Scott Stuber was responsible for the production together with Entertainment 360’s.
In March 2016, Randall Park, Karan Soni and Olivia Munn were invited to participate. On the 4th of April 2016, Abbey Lee Kershaw appeared in the cast. All the other actors were confirmed in April of 2016. 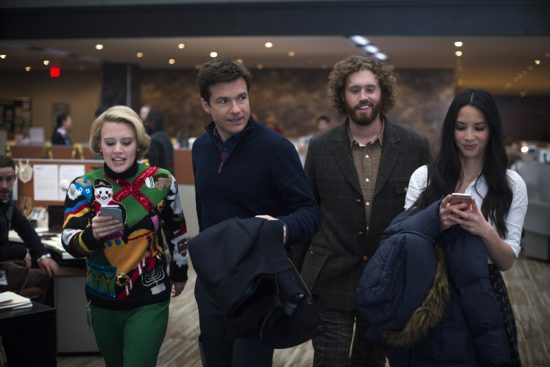 Office Christmas Party is planned to get to big screens of American cinemas on the 9th of December 2016. The project is released by Paramount Pictures. The same company will also make the worldwide release. The film won’t be released by Paramount Pictures in Europe, Middle East and Africa. Mister Smith Entertainment is responsible for the distribution in these areas. Worldwide release dates are yet to be scheduled.