Money Monster is a new thriller focusing on TV personality. The film is directed by an Academy winner Jodie Foster, who tries her hand at directing not for the first time already. The story of the film is written by Alan Di Fiore, who also took part in screenplay writing together with his colleagues Jamie Linden and Jim Kouf. The upcoming thriller is produced by a group of talented professionals including Lara Alameddine and George Clooney. The filming process began in New York City at the end of February 2015. Money Monster release date is set on May 13, 2016. 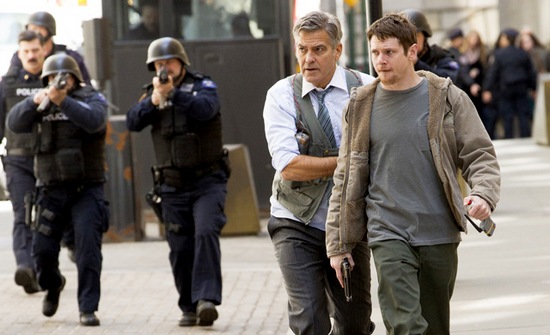 Lee Gates obtains his bombastic popularity due to his unique financial network. Teaching other people how to earn money in his hit show “Money Monster” he managed to become a money wizard of Wall Street. Having encouraged thousands of people to invest money into one high technology stock that mysteriously crashed, he becomes an offender for an enormous number of people. One his investor and show viewer is a blue-collar worker Kyle Budwell. Because of Lee’s bad advice he has lost all his savings. Irritated by this situation he takes Lee Gates, all his show crew and Petty Fenn, ace producer, as hostages live on air. He dreams of making Gates strap on a bomb for the whole studio to explode.
Becoming so-called reality show participants Lee and Patty have to find an opportunity to stay alive at the time when all truth hidden behind big money tangle is being uncovered. 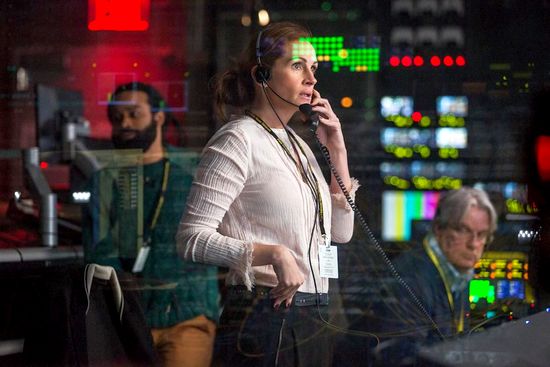 The film gathered the best US Hollywood stars. The main characters are played by award-winning:

Announced yet in February 2012 this film would be the first produced by Deadline movie. It is going to have a $30 million budget and be financed by TriStar Pictures.
The filming had not begun until Clooney finished his starring in "Hail, Caesar!". Film principal photography started in February 2015 while most of scenes were shot at the Kaufman Astoria Studios. In April filming was transferred to Financial District in Manhattan and several scenes are to be filmed next to Federal Hall.