An incredibly touching and sweet love story will soon appear on the world’s screens. In the Midnight Sun the story about a girl hardly having any circle of friends, and a young guy, popular among his peers and loved by many other girls will be shown. Probably, the new film will be interesting not only to the female half of the audience, but also for men, because the main role in this movie got the eldest son of the great and inimitable Arnold Schwarzenegger – Patrick Schwarzenegger. To date, the filmmakers have not yet submitted an official release date, and this issue is increasingly worrying the public. But judging by the film-making process, the picture has all the chances to be released in the current 2017.

The cinema is directed by an American filmmaker and novelist Scott Speer, who borrowed the main idea from Japanese movie directed by Norihiro Koizumi. Speer also worked in cooperation with Eric Kirsten, another writer of the plot. 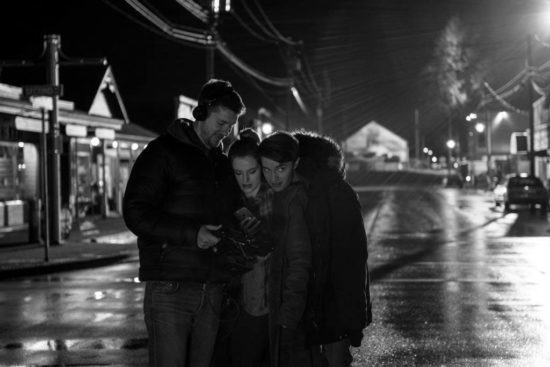 A big crew of producers responsible for the promoting of Midnight Sun among the public and presenting all the news concerning the release consists of such people as:

A 17-year-old Katie has a very unusual disease: her skin is extremely sensitive to sunlight, so most of her free time she spends away from home only after sunset. Her hobby is playing the guitar at the railway station, where once she meets Charlie, a favorite of the girls, school star and secret passion of Katie herself. There are feelings between the young people, and this film is a really motivating and romantic story about what love is capable of and what dreams are achieved, if someone wants it very much. The picture will certainly gather a lot of positive feedbacks from the audience of all ages and both sexes.
The cast of Midnight Sun has a few vivid actors who are worth noting. They are:

The authors still haven’t given any data regarding the air date of their project. The public believes that the film will debut in 2017, but there hasn’t been official confirmation yet. The movie will definitely please the audience, so stay tuned for not to miss Midnight Sun and know all the facts and news from the authors themselves.