Here you’ll get fresh news on your favorite series, anime, reality shows and upcoming films. Every single day we do our best to collect the info about new broadcasts and premieres. Today let’s have a look at the upcoming premiere of action comedy film Masterminds. Scroll down to get the new facts, info on the plot, the crew and the release date.

Masterminds is a new upcoming American comedy movie. The director of the project of Jared Hess.  The script was written by Chris Bowman. The release is planned for the beginning of autumn this year. Scroll down to get more. 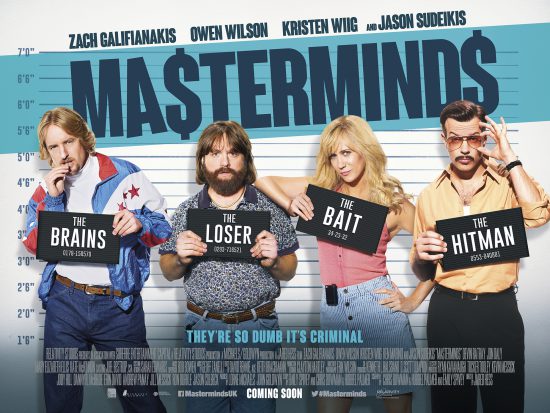 The main character of Masterminds is David Ghantt. He is quite a simple person leading his monotonous life. His everyday routine is connected with driving of an armored vehicle. From morning till night his only task is to transport millions of people’s cash. One day he gets into a real adventure of his lifetime – it’s a lot more than his wildest personal dreams and desires can afford.
He gets into a light flirting with Kelly Campbell, never suspecting that this innocent love affair can lure him into a surprising criminal scheme. David gets involved in a plan of a group of dumb criminals and their leader named Steve Chambers. Trying to realize one of the group’s absurd plans, David manages to do the incredible – he steals more than $17 million dollars in cash. 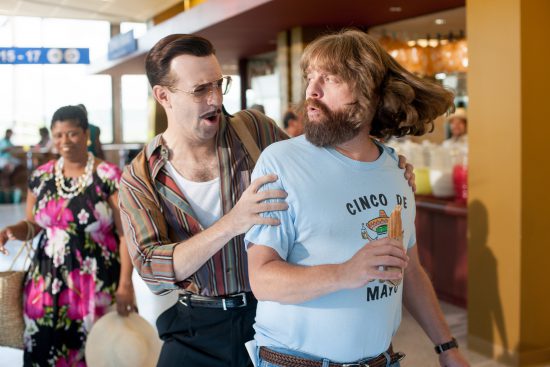 Then he does another foolish thing – he hands over the money to this group of half brained criminals. This causes the terrific crash of all possible plans, cause the bandits start spending the money for unnecessary ridiculous luxury staff leaving a large trail of evidence behind them. Now David has to somehow take control over this situation…
The cast: Kate McKinnon as Jandice, Kristen Wiig as Kelly, Leslie Jones as Detective, Jason Sudeikis as Mike McKinney, Owen Wilson as Steve, Zach Galifianakis as David Ghantt, Mary Elizabeth Ellis as Michelle, Ken Marino as Doug, Jon Daly as Detective, Devin Ratray as Runny, Rhoda Griffis as Real Estate Agent, Jill Jane Clements as Beryl, Daniel Zacapa as Quintero, Matt Corboy as Boss