Are you brave enough to face the challenge of two horrifying films that are to come this summer with the time gap of only one month? If yes, the Conjuring 2 and Lights Out are being developed currently for you, the fan of the genre of horror.

Quick scratch of the film 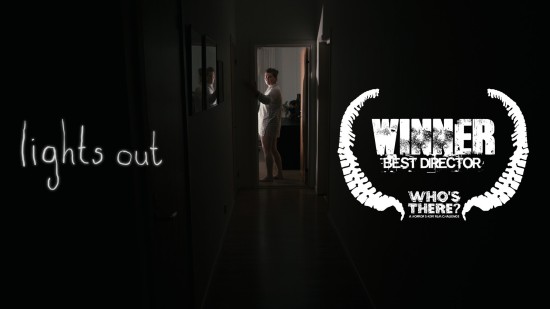 Lights Out is reckoned to be an adaptation in the form of a full film to David F. Sandberg’s short that has the same title. The short gained popularity and was bought by the Warner Bros. studio and James Wan’s firm called Atomic Monster to be turned into a whole film. The movie shooting started in the summer of 2015.
It is going to star Teresa Palmer and Gabriel Bateman as the boy. Sandberg is considered to be the newcomer in the genre of feature films. So we are congratulating him with the upcoming debut and wish him to obtain great success with this film. The scriptwriter is an experienced and a very creative person named Eric A. Heisserer.
Lights Out is considered to be the most recent in an abundance of scary shorts that have become popular and expanded in the form of a feature movie. In past times when there was no internet, a young Tim Burton created Frankenweenie which he later adapted into an animated movie, and Sam Raimi‘s Evil Dead was born from the short titled Within The Woods.
In addition to producing Lights Out, Wan has his own scary movie entering the theaters thisvery  summer and it’s The Conjuring 2 . It is scheduled to terrify the American world on June 10, 2016, leaving just a little over a month for all of us to fetch our breath and to come about watching Lights Out.
The viewers are now anxious to experience two different James Wan films after the previous season which frankly speaking left much to be desired. So in case you are ready to face the challenge in the form of two very scary movie wrapped in one film season, look forward the premiere a prepare the nervine laying by you side while watching the upcoming films.

What is about that horrifying plot?

The plot is quite predictable because the title tells for itself. So the thing is about light when it is turned off. Let’s clarify what exactly happens when it is turned off.
The story enlarges upon a family, particularly a boy and his sister who lives apart. They are faced with the horrible unknown supernatural threat that appears only when the light is switched off. One of the members of the family should take the role of a protector from this threat.

When can we expect the official release of the horror?

The film is going to hit the cinema world this very summer. If to be more concrete, the Lights out release date is reckoned to be July 22, 2016, in American theaters. This information can be trusted since it is official.
The remaining time before the premiere it is highly recommended to devote to the sharing with friends who are the genre fans and also to enjoying the posters and launched trailers. Stay tuned in order to read the new information pieces coming from the official resources.