A historical film is quite a specific genre. The creators of such movies are often take risks recreating epochal events, as even the slightest mistake in the data may cause serious criticism from the viewers. But cinematograph is full of serious historical films that have become real masterpieces in the world’s treasury – “Gladiator”, “Braveheart”, “Troy’, etc. A serious bid to get into the list is an upcoming historical drama of British-American production “King Arthur: Legend of the Sword”, which will be presented on February 17, 2017. The creators promise the audience a quality movie, recreating the story of the famous character, King Arthur, who was considered to be one of the greatest Celtic rulers. 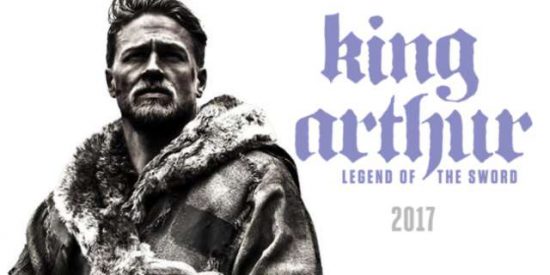 The story tells about a young man named Arthur, hanging out around Londonium together with his like-minded people. His origin is unknown to him, he doesn’t cherish his reputation and lives on his own. But one day his life changes completely: a magic sword Excalibur appears in his life which changes Arthur radically. He falls in love and becomes the leader of the rebel movement against a despotic ruler Vortigern. The young man learns that this governor brutally cracked down with his family, and decides to take revenge on Vortigern, who seized the power by deceptive methods.
The picture is full of dramatic scenes, breathtaking frames and sometimes very realistic scenes, thrilling even sophisticated filmgoers. The creators promise that the picture will be interesting for everybody, because everyone will find in it something special for himself.

The main role in the film has got a charismatic British actor Charlie Hunnam, known to the public by the role of a tough football fan in the film “Green Street”. His character Arthur is very colorful and memorable. The main villain of the movie is Vortigern (a Hollywood star Jude Law), who treacherously seized the power and is a killer of Arthur’s parents. Among other prominent roles are worth mentioning Guinevere (?strid Berg?s-Frisbey), Uther Pendragon (Eric Bana) and Bedivere (Djimon Hounsou).
The director of the film is a well-known British filmmaker Guy Ritchie, mostly famous for his gangster movies, who is working on the story rather unwonted for him. The main scriptwriter is Joby Harold, whose plot is based on the novel by Thomas Malory “Le Morte d’Arthur”. The cinema is distributed by Warner Bros. Pictures, world famous company. 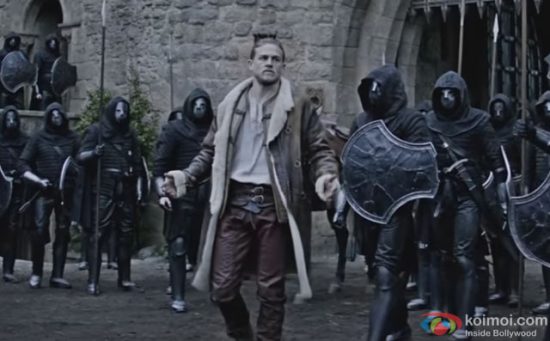 Judging by the rating of expectations of “King Arthur: Legend of the Sword” (2017), this picture will be one of the most profitable at the beginning of 2017. The original release date was scheduled on July 22, 2016, but later the premiere postponed on February 17, 2017. The result of creators’ work will be known very soon, and the viewers will be able to watch the new Guy Ritchie’s project and evaluate its serious historical drama.