Let’s make some main production concepts clear at first. Well, Warner Bros. and The Imaginarium Studios are collaborating on the production of this joint venture based on the book penned by the one and the only Rudyard Kipling. Jungle Book release date is already determined. The debut is not near in coming, only in 2018, thus, in two years, within which we are destined to follow the news about the project.
In 2014, Andy Serkis signed the contract to lead the flick as a producer and a director though earlier Steve Kloves was chosen to write, produce, and direct the narrative. The scriptwriter is Callie Kloves, as of today. The fantasy film photography began yet in spring 2015. The movie is still underway yet we are all waiting for the release, as high expectations are what we have regarding the future story, a new screen version of the beloved story, specifically. The story will be the same – a boy is raised in the wild – but approaches should be new, by no means.

Is the Acting Cast a Determined Matter?

The main role of Mowgli is entrusted to Rohan Chand. Taken by Benedict Cumberbatch, Shere Khan will keep being the central villain of the story. Among other members of the performance crew, there are the following ones: 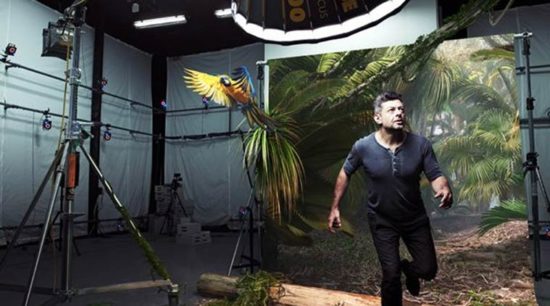 The launch has been postponed several times. Are we to follow the story in theaters all over the world finally? Surely, we are, we just need to arm ourselves with patience.
The original premiere of this project was scheduled for October 2016. As it turned out in December 2014, the project needed more special effects to be applied. The launch was pushed back to October 2017. Yet in April 2016, when Disney’s The Jungle Book directed by Jon Favreau was about to come out, it was announced that the release date of the future project would be October 19, 2018, and would have the title Jungle Book or Jungle Book: Origins. Stay tuned with our service for more news if you are want to be in the swim!