The iconic horror movie Jeepers Creepers will soon have another sequel. The Jeepers Creepers franchise started as a low-budget movie (only $10 million of expenses) directed by Victor Salva in 2001. Jeepers Creepers 2 was filmed in 2003, and its budget just slightly topped that of the previous film ($17 million).
Despite the minuscule amount of financed put into both films, they had a huge success among the audience thanks to the intriguing plot and thrilling scenes. The box office proves that. While the first film collected around $60 million, the second chapter earned the creators some more. Namely, $64 million. The first movie’s financial success opened an opportunity for the authors to move the filming. So the second part was filmed everywhere, from several remote locations in Florida (Bushnell, Lake County, Marion County, Wildwood, Sumter County, Dannellon and Ocala) straight to LA, California (Tijon Ranch, Long Beach). 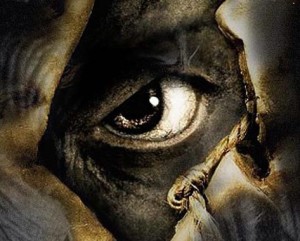 Some info about the release of Jeepers Creepers 3

Right now, the filming and production of Jeepers Creepers 3 have ceased. This information was officially revealed in 2014.
The full title of the third chapter is Jeepers Creepers 3: Cathedral. It recounts a story of Trish Denner and her teenage son Darren. While Trish has money and influence, she cannot get over terrible events happened to her and her brother Darren 23 years ago. The time when they came upon an old rusty truck and encountered the monster. Having lost her brother, she will not let the monster take her son. And that’s why she will do everything she can to find and take the monster down by herself.
Are you following the story of Trish and the Creeper monster?

Although the release date for the third movie is still unknown, we know for a fact that the filming of this project resumed. In fact, we may be able to see it this year, provided no unexpected things happen. Yes, ladies and gentlemen, it is true. There may be no official release date but what is official is that the next film is coming out. Make sure to subscribe and stay tuned!