With the release of the original Insidious, its developers would not have hope for the great success yet it came and two more parts were then launched. In May 2016, Lin Shaye, performing the lead role of Elise Rainier, confirmed in her video that the fourth chapter would hit theaters.  Insidious: Chapter 4 release date was also exposed. Who is directing the story and do we know something at least regarding plot details and new members of the acting cast?

As a brief note, one of the Insidious creators named Leigh Whannell has been at the helm developing the screenplay. Meanwhile, Adam Robitel is on board as a director. We know him for “The Taking of Deborah Logan” where the direction is his deal.

You may ask, why not James Wan? Well, in fact, he is appearing here as a producer together with Oren Peli, Jason Blum, and Leigh Whannell.
Sony Pictures Worldwide Acquisitions is contributing to the film in terms of finances. The international release will be arranged by Universal Pictures.

Getting Back To Roots

Elise Rainier is hunting supernatural creatures again in the following fourth part but the thing that is at the center of our anxiety is what it will in terms of the succession of events?
According to interviews, the narrative is enlarging upon the roots of the pivotal heroine. Tessa Ferrer is referred to newcomers, cast to perform the role of Aubrey. On the first image made available, Elise and Aubrey find themselves in the hazardous land called The Further.
Shaye revealed that action is picking up where the last chapter is finished. Specs and Tucker settle down now at her home and behave now as her two bad children. 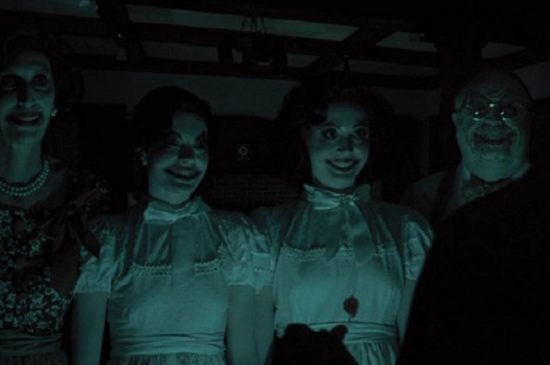 The story will address to the immediate roots of Elise. We are set to get acquainted with her family, going back to her native land, which is reckoned to be New Mexico. She sets off on a journey to find the bad man that’s been haunting her.

The teaser informs us that the fourth part is going to scare us on October 20, 2017. If it is this case, the motion picture will be competing with Lionsgate’s Saw 8, as well as with some other highly expected flicks.
Let’s wait and see what we will be enjoying. Do not forget to follow us, as many other particulars can be made clear!