Filming of the Inhumans movie has been a great news for the fans of the Marvel Universe. The film’s release date has been set to November 2, 2018. Slightly more than three years to go, and we’ll be able to watch the new superhero movie on the big screens. 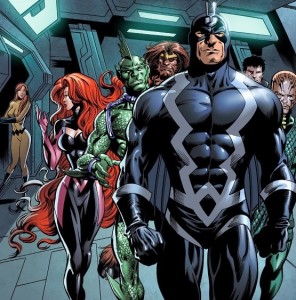 The film’s plot hasn’t been revealed yet (it is being kept secret, as too little time has passed for the secrets to be disclosed). However, the Internet is full of guesses and speculations. For what we know, the film Inhumans will be centered around a race of superhumans who were generated through an experiment.
Before officially making a statement regarding Inhumans in October, Marvel Studios have spread some information on the possible release of a new upcoming film starting from August. Right now, the creators and administration of the Studios think that the film could catch on to an entire franchise.
The initial appearance of the characters from Inhumans was in 1965, as the comic book series Fantastic Four hit the shelves of the bookstores. The race of high-level development was mentioned in these graphic novels, and that race is somehow associated with the heroes from X-Men, The Avengers, and Fantastic Four.
The film Inhumans is scheduled for release on November 2, 2018.
Are you acquainted with the original graphic novels?