Mysterious stories about aliens and space adventures are liked by a huge number of viewers, but in an upcoming film How to Talk to Girls at Parties the creators will tell not about battles with alien invaders. The cinema is rather a comedy, and the story is quite peaceful. The public knows that a movie directed by John Cameron Mitchell will be very interesting, and is constant wondering about when the movie will be released. There is still no any exact information confirming the terms of premiere. The authors stated that their new project would be presented in 2017, but it is till the only piece of news. If the story is as interesting as it is supposed to be, the film will certainly be one of the most memorable science fiction comedies of 2017.

The basis of the movie is Neil Gaiman’s story with the same name. The idea is developed and directed by John Cameron Mitchell, who is a filmmaker and actor from America. His colleague in developing Gaiman story is another scriptwriter Philippa Goslett. 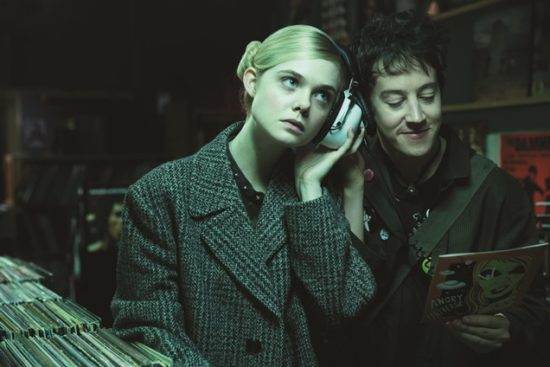 The crew of producers responsible for working with mass media and presenting all the official information connected with filmmaking consists of such professionals as:

The countries producing How to Talk to Girls at Parties are the UK and the US. The main distributors are A24 and StudioCanal.

The action takes place in the 70s of last century. On the planet Earth an alien named Zan who accidentally broke away from her group falls mysteriously. She gets in London, in one of its most dangerous districts, Croydon. There she meets young punks and becomes a part of their society. The film will have a love story, comedy scenes and drama. The plot, written by Neil Gaiman, is known to the fans of the writer, and the audience is looking forward to seeing the adaptation of his story on the screen.
The cast of the cinema includes such vivid and talented actors as:

In the autumn of 2015 the process of filming started. Now viewers in world are waiting for the premiere and eager to see it as soon as possible. The date of release is scheduled for 2017, and in the nearest future the creators are to present official information concerning their project’s debut. Stay tuned not to miss this moment and get all the news about an upcoming How to Talk to Girls at Parties.