The animated movie titled Hotel Transylvania 2, a sequel to the first movie of the same name, will be out soon on the screens. Those who liked chapter 1, would probably love to watch the new story of a hotel inhabited by monsters. 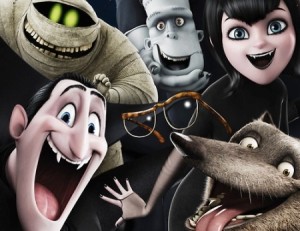 The sequel was officially announced in November 2012. That was pretty long time ago, and everybody could just forget about it during this time, but the closer to the date, the more news are there to expect. Sony Pictures Animation has set the release date of Hotel Transylvania 2 to October 2015 and selected Genndy Tartakovsky as the movie’s director (despite the fact he was occupied with other projects at the time). Mel Brooks was selected as a special guest star to do the voiceover for Vlad, a vampire, and Adam Sandler was chosen to play Count Dracula himself.
The animated movie will be released on October 22 this year. Are you eager to see Hotel Transylvania 2?