Hidden Figures is going to be released this year. That’s a drama based on biographies of real people. The director of Hidden Figures is Theodore Melfi. He works in collaboration with Allison Schroeder – the one who created the script. The script in its turn is based on nonfiction book with the same title. The book is written by Margot Lee Shetterly. The cast includes Taraji P. Henson (in the role of Katherine Johnson) – a physicist, mathematician and space scientist. She deals with calculations for Project Mercury. The cast also includes Kevin Costner, Octavia Spencer, Jim Parsons, Janelle Mon?e and Kirsten Dunst.

The central character of the film is Katherine Johnson (portrayed by Taraji P. Henson) – an Afro-American mathematician and scientist. She’s got two faithful colleagues – Dorothy Vaughan (portrayed by Octavia Spencer) and Mary Jackson (portrayed by Janelle Mon?e). They are the ones who help NASA get the lead in the Space Race. Thanks to their precise calculations, John Glenn managed to become the first astronaut in the USA, who was able to travel on a complete orbit of our planet. Kevin Costner portrays Al Harrison in Hidden Figures – he heads the space program

On the 9th of July 2015, there was an official announcement about Donna Gigliotti (the producer of the project) deciding to use Margot Lee Shetterly’s book Hidden Figures as a base of a new film with the same title. It’s about a group of black women scientists – mathematicians and physicists. They help NASA become the leader of the world Space Race. 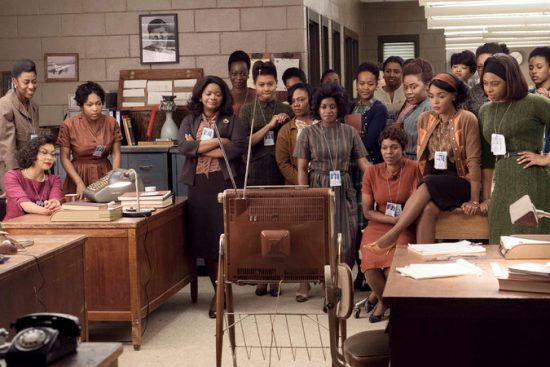 They do the computations and calculations to provide John Glenn (and a number of other astronauts) with successful and stable space flights. The script was written by Allison Schroeder and later developed by Donna Gigliotti. The production is carried out by Levantine Films, together with Peter Chernin’s Chernin Entertainment. The official rights were bought by Fox 2000 Pictures. Theodore Melfi was invited to direct Hidden Figures. A number of actresses tried to get the role in a project, even Oprah Winfrey.
On the 10th of February 2016, Fox added Henson to the cast to portray Katherine Johnson. On the 17th of February, Spencer joined to portray Dorothy Vaughan – the second mathematician in the team. On the 1st of March 2016, Kevin Costner was added to the cast to portray the one who heads the space program. Together with Costner, Janelle Mon?e was chosen to act as the third female mathematician named Mary Jackson. All the other characters were added to the cast by the 1st of April this year. At the same time, Pharrell Williams joined the crew in order to co-produce the project. He will also be responsible for the theme music of Hidden Figures. 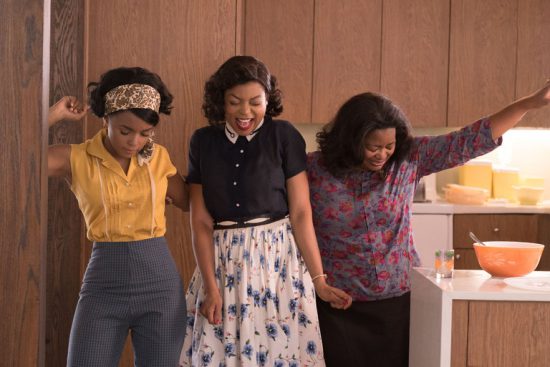 Hidden Figures is planned to be released on the 25th of December 2016. It will be a limited release before the worldwide one. The world cinema premiere is scheduled for the 13th of January 2017. Fox 2000 is responsible for the release.