From Michael Haneke working on the movie as a director and writer at the same time, Happy End is going to be delivered to audiences in theaters worldwide in 2017. Happy End release date is an open issue so far. Haneke is a well-known person to us from such cinematography as “Amour,” “The Piano Teacher,” “Cache,” The White Ribbon.”
The cast is the following: 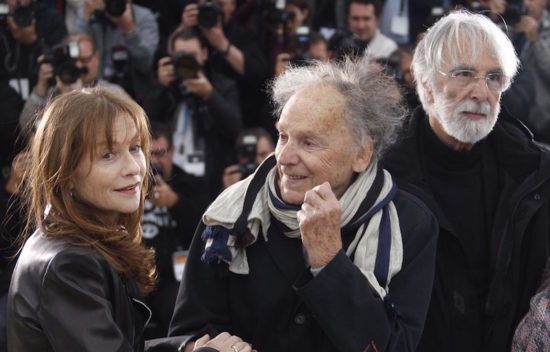 On a side note, the first two performers are Haneke’s colleagues in Armour. As for other production issues, they are resolved by producer Margaret Ménégoz.  Les Films du Losange is the company behind the development and distribution. Shooting began in France, in Calais in summer 2016 and is now successfully finished, giving way to the post-production matters.

Expecting a Different Movie with no Psychological Elements

Comparing Happy End to The Piano Teacher which focuses on only one character, the first one is expected to become a very different one. Code: Unknown is more or less suitable example in terms of similarity. There only facts will be given with other things left for viewers to think over. In such a way, every watcher will be able to create his or her own motion picture with unique ideas that will be interpreted in multiple ways, depending on the concrete backgrounds and thoughts a person adheres to. To sum it up, the filmmaker is not going to produce a special effect on audiences and imply his thoughts upcoming movie, is not it?
This will be a quick overview of a bourgeois family life which members are blind to what is going on in the wider world around them. Plenty of characters will appear in front of us with the story being unfolded. No psychological analysis will be presented in the motion picture. Well, get ready to analyze everything for yourself!

The first run is being arranged during Cannes 2017. As for the theatrical premiere, so far, the project is planned for summer 2017 release. The distribution will be arranged around the globe. Which way the things will go is unknown. All is left is to wait for updates yet we believe in the near announcements regarding some other details and the concrete release date. Follow us to be in the swim!