Goonhamdo, Battleship Island in English, is a highly expected South Korean drama, with Hwang Jung-min, So Ji-sub, and Song Joong-ki in the lead roles. Ryoo Seung-wan is chosen to direct the story after his successful project “Veteran.” Having started in June 2016 in South Korea, the shooting of the story is now over, so we might expect the arrival of Goonhamdo release date very soon.
The cast includes the following performer apart from those three mentioned: 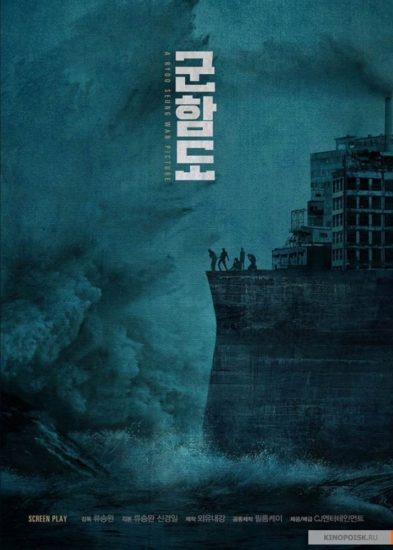 The film is touching an occupation period and enlarges upon a prison break from a labor camp on Hashima Island. Joseon workers put their lives at risk to make an attempt to escape from Hashima where thousands of unwilling Joseon people had to exhaust themselves to death against their will during the Japanese colonial period.
The historical era that will be shown in the upcoming motion picture is one of the most important and tragic periods. However, the very story showcased is considered untold and, herewith, should garner more attention around the period of occupation.
There are three main characters in the story. Lee Kang-ok used to work at a hotel in Kyungsung. Together with his daughter, he turns to be trapped into the labor camp. This brave man has to satisfy all that is required of him, as in such a way he can protect his daughter.
Park Moo-Yeong appears an activist, who comes to the island following the goal of rescuing a central person of the flow who has been held trapped there.
With his rough appearance having a kind heart, Choi Chil-Seong is Gyeongseong‘s greatest struggler who brings peace to Jongno. He is a rude guy who keeps creating problems in the labor camp.
One of the lead female personages is Mal Nyun, a Joseon woman who had also to infiltrate to the island.

Release Date is Undefined but Flies in the Air

Taken for distribution by CJ Entertainment, the film has one missed thing – the release date that is yet to be defined by the studio. We hold out hope that it is just a matter of time and that very soon we will get to know when the project starts appearing on screens. Stay tuned with us for updates!
Do you wait for this historical South Korea drama? What are your expectations towards the future premiere? Share all your thoughts regarding the movie with us!