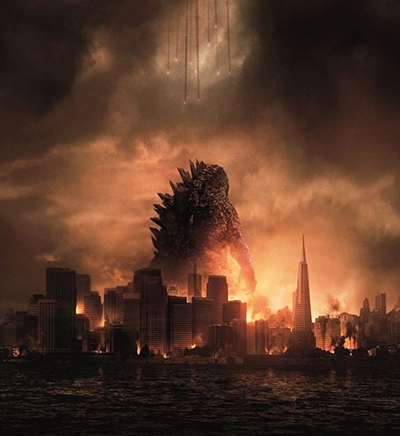 Godzilla 2 is an upcoming fantasy movie which is a sequel to the 2014 blockbuster telling a story of a giant mutant monster who rises from the depths of the ocean and destroys everything around him. The film is a remake of a Japanese story of Godzilla, which has appeared in the movies for the last 50 years.

The first part of Godzilla premiered worldwide on May 15, 2014. The film’s budget was around $160 million, and was well paid off, as the box office reached the amount of over $1.5 billion. A success like this has resulted in the announcement of the upcoming sequel. The second part is scheduled for June 2018.

A British director Gareth Edwards, who is also known for his fantasy drama Monsters and an upcoming Star Wars spin-off, stays at the head of the franchise`s sequel again. Such studios as Legendary Pictures and Warner Bros. Pictures are participating in the film`s production.

According to the original story, Godzilla is a giant monster, a prehistoric reptile which has awaken as a result of nuclear testings in the ocean. Affected by radiation, he mutated and reached a giant size. Godzilla can perfectly swim and is capable of emitting a stream of plasma with its throat, just like a dragon.

In the film, Godzilla`s origin is described in a slightly different way. Having born in the prehistoric times when the radiation level was quite high, Godzilla mutated and adjusted to the changing conditions. When the radiation level started decreasing, the monster went down deep under the ground, to find himself next to the Earth`s radiative core.

For people, the acquaintance with Godzilla has started in 1999 when a group of young scientists has discovered a skeleton of a giant creature of the unknown origin. A giant trace was found next to it, and it was leading into the sea. In the upcoming sequel, Godzilla will return again, in order to regain the balance disrupted by Mothra, Ghidorah, and Rodan.

Mothra is a giant butterfly which acts as the Earth`s keeper. While protecting the Earth from Godzilla, it has become one of his main opponents. Mothra is about 270 feet long.

Ghidorah is a three-headed cosmic dragon who has found himself on the planet Earth together with the fallen meteor. He has golden scales and is capable of throwing lightnings with each of his heads. Ghidorah`s height is around 330 feet.

Rodan is a black flying reptile belonging with the pteranodon class. he builds his nests in the throats of volcanoes. The giant`s height reaches 330 feet.

The film will be the 30th screening of the story of Godzilla, a giant monster. Apart from movies, multiple cartoons and comic books have been released as well.

The name “Godzilla” (“Gojira”) was formed of the Japanese words for “gorilla” and “whale”. It was created courtesy of one of the Toho employees` nickname.

In the future, it might be that the project will be out in which monsters from Godzilla and other kaiju from Pacific Rim will be combined. The creator of Pacific Rim, Guillermo del Toro, has expressed his interest in making such a movie.

In the Godzilla films, one can find different information regarding the height of the monster. Its vertical size varies from 160 to 330 feet. The new 2014 film has presented us with the largest Godzilla – over 360 feet high. 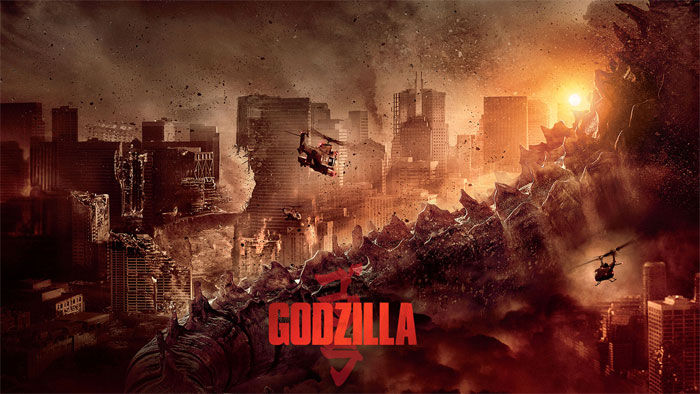 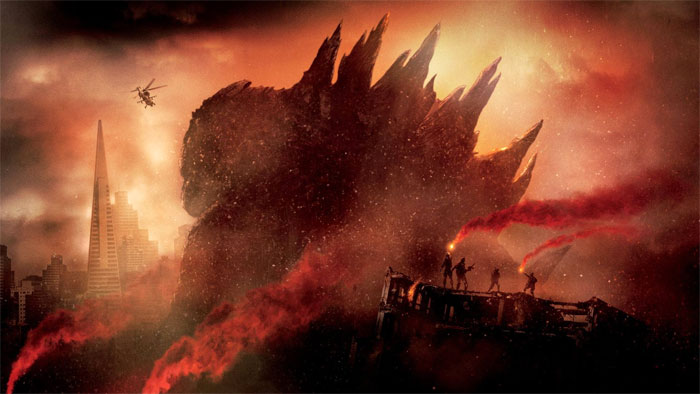 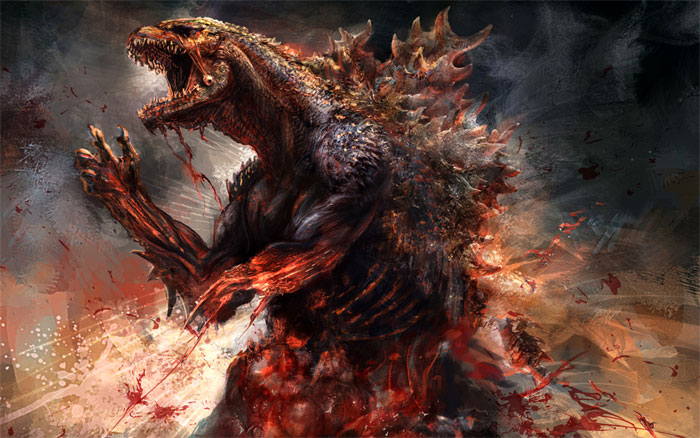