Get Out is at the crux of this post, being produced by McKittrick, Jason Blum, Jordan Peele, and Edward H. Hamm Jr. One of them, Jordan Peele, is known for us for his participating in Comedy Central programs, is not he? This time, he is appearing in front of us in a serious role of a director of the horror movie!  It sounds like a joke but here it is. All our worry regarding the quality of the upcoming movie will be assuaged after taking even a tiny look at the trailer. Get Out release date is defined now and, in fact, not so much time is left before the premiere! 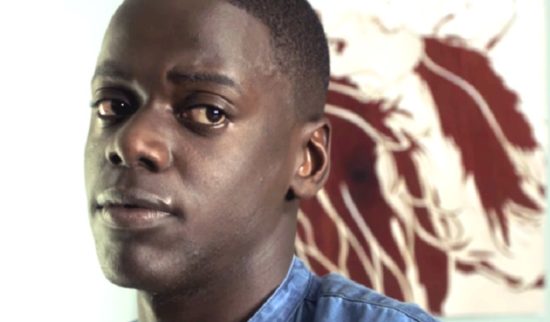 Haven’t You Followed the Trailer Yet?

As well as in 2016, we are moving through this year with great hopes for scary movies. At least, the available trailer to Get Out is the one you should follow under any circumstances if you are an admirer of the horror genre.
You cannot help jumping from scary quick shots that are shown to increase the level of anticipation and fear in your heart at the same time.

Precisely, the story revolves around an African-American who turns to be invited to the house of his white girlfriend’s parents for meeting and getting acquainted. During this weekend, the most unpredictable truth is coming out. Getting acquainted with their girl’s boyfriend is not the reason for the invitation. Interracial relationships seem to be not to the liking of the parents and we feel this at once due to the nervousness displayed.
Well, it is transparent that the atmosphere of racism is everywhere. It turns to be very hot when the discovery is made that quite a few black people have gone missing in the town. The spooky moment continues growing after the few African Americans in town behave in a bizarre and irrational way when Chris attempts to find contact with them. Something dreadful is waiting for Chris but what exactly? There is no denying the supernatural element included into the mystery. In fact, many predictions could be made but all these theories might be false.

We Are Close to Release Date

Stop thinking of the possible closures of the story, as very soon, we are going to visit our theaters for this flick, to see everything with our eyes open and closed – at least, the scary trailer is implying this. To be concrete enough, February 24, 2017, is the appointed release date. Keep it in your mind and get ready for the shocking horror movie!

Official Trailer for Get Out