A historical drama in its core, Dunkirk will be at the ready mode only next year but we feel great anticipation already about this movie. The exact release date is known – it is July 21, 2017. Stay tuned with us for more updates regarding this promising premiere.

The movie under discussion is an upcoming British historical and thriller picture that will expose the events during the Dunkirk evacuation. The action drama is now underway. It is directed and penned by the same talented person named Christopher Nolan. 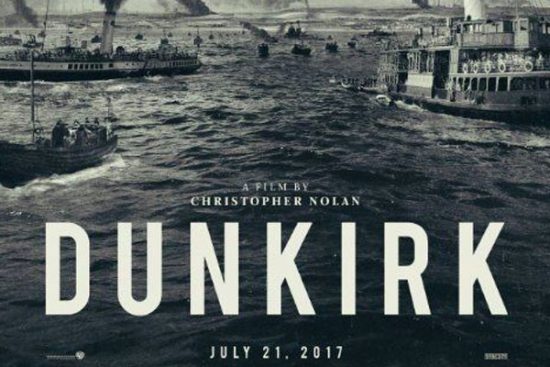 The cinematographer is Hoyte van Hoytema who has been already working with Christopher Nolan on his 2014 Interstellar. The epic soundtracks are created by Hans Zimmer.
The start of filming is dated back to May 23, 2016. The place for shooting is Dunkirk, France, obviously. The actual warships for the shoot including the French Navy destroyer Maill?-Br?z?, have turned to be rehabilitated for filming purposes. $5 million of the budget was spent on a vintage aircraft for the pupose to attach it with IMAX cameras.
It is curious and inspiring at the same time that the movie will lack in animated graphics. In order to convey the illusion of large battles, cardboard cut-out props of soldiers and military vehicles were taken to these ends.
The creators assure us that the movie will fit our requirements towards the genre of a historical drama in the best way and, in fact, we have no reasons to distrust them. Nolan once stated that he would obtain a $20 million salary plus 20% of the box office gross, the most prosperous deal since Peter Jackson’s King Kong. 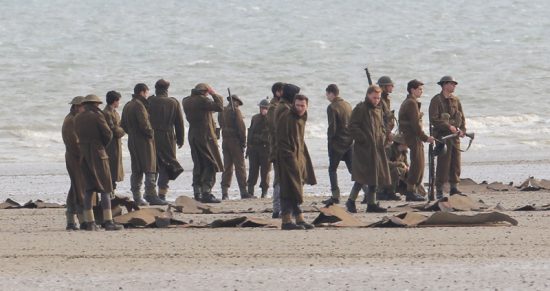 The expectations towards the future film are also high since it is known that Tom Hardy, Cillian Murphy, Kenneth Branagh star the project.
In March 2016, it was highlighted that Fionn Whitehead, Jack Lowden, Aneurin Barnard, and Harry Styles had been chosen also to perform the significant parts.
Among other actors, we can name Cillian Murphy, James D’Arcy, Barry Keoghan, and Tom Glynn-Carney.

What Should We Know About the Plot?

Not so many particulars on the narrative have been revealed. We can take info only from history. So the basis of the story is the Dunkirk evacuation during the World War II. The soldiers of such allied countries as Belgium, Britain, Canada, and France turn to be surrounded by the German army. The evacuation was made  in the course of a fierce battle which led to huge losses.

Yet before the mind-blowing premiere of Suicide Squad, the trailer to Dunkirk was released in theaters. The official launch of it was made on online resources on 4 August 2016.
As of today, the Dunkirk release date is known as July 21, 2017. More than half a year is a great period for waiting yet we should arm ourselves with patience, as it seems that expectations are worth the movie. Stay tuned with us for more updates regarding this promising premiere.