Are you ready to feel shivers running up and down your spine? If yes, get ready to watch the upcoming horror under the title “Don’t Breather”.

A few words about the crew of developers and actors

The creating companies are presented by the duo consisted of Ghost House Pictures and Screen Gems. 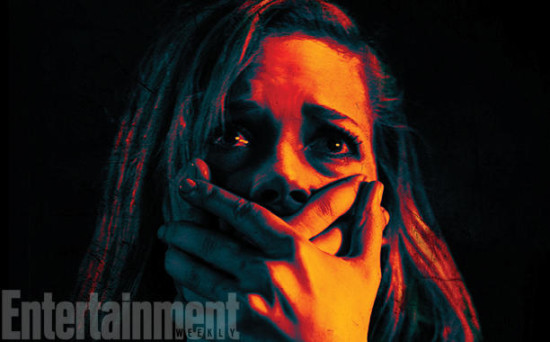 The star cast consists of Jane Levy (Evil Dead, ABC’s Suburgatory), Dylan Minnette, (Goosebumps, ABC’s Scandal), Daniel Zovatto (It Follows, ABC’s Revenge), and Stephen Lang (Avatar, Gods and Generals).
The director of the movie is reckoned to be Fede Alvarez. Though it’s only his second feature film, it has gained so much success after being viewed right at the beginning of festival called SXSW giving it an incredible start.
So why was the preliminary viewing of the feature film so highly appreciated by the audiences? Let’s take a detailed look at the immediate plot of the movie in order to clear everything out.

The plot comes to be unexpectedly uncomplicated enough. So the story centers on the team of teenagers who break into the house of one blind man in order to commit a perfect thieving crime. The team consists of three young criminals named Rocky, Alex, and Money. They are sure that their crime is going to be ideal as they imagine it their minds and that they are to get away with it. At the start of their perfect plan that should be put into execution, they have no idea how much they are wrong. They are to get into a big trouble. So what danger is in store for them?
So they have no idea this blind man is incredibly experienced at matters concerning protecting himself and his home. In order to stay alive, the young thieves are to be silent. They have no possibility to say a word. It is curious that the whole script could hardly include 30 pages. The film is thus full of silence that creates a special horrible suspense.

When the blind man wakes up, silence begins to reign in the house and we are left to Alvarez’s special directory methods by means of which the horror is conveyed. It becomes obvious that the show has made a brilliant start, The show runner is considered to be only the blind man. The lives of young people depend on his decisions.
The preliminary watching has shown that the plot of the film is unpredictable, hypnotic, and very horrifying. The viewers’ eyes get stuck on the screen. You have no possibilities to move only squirming from the shots that are progressing. The shots, by the way, are very long. This adds considerably to the general effect produced by the film.
Don’t Breathe may not be considered a true horror movie, if not Lang, the performer of the blind owner of the house who provides the film with a lot of horrors. So the actor was worth choosing in any case.

Fans that are waiting for the most recent movie from Evil Dead (2013) director named Fede Alvarez can now become aware of the official launch date.
It is slated for launch this summer. The Don’t Breathe release date is considered to be August 26th, 2016.
Stay tuned to receive more details about the upcoming movie as they become known very often.