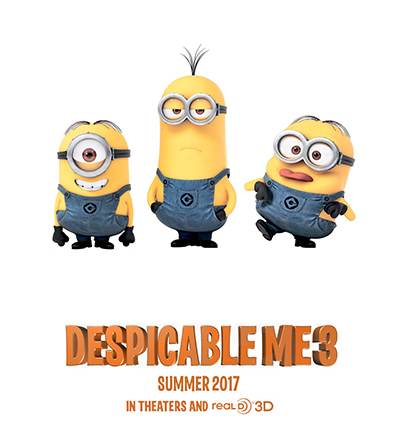 Despicable Me 3 is a sequel to an adventure animated film from the studios Illumination Entertainment and Universal Pictures. A man named Gru is the film’s protagonist who has created an army of allies, minions. He wants to steal the Moon. Gru has rivals, and he has to fight them. In the second part of the cartoon, Gru participates in the investigation which aims at finding the Arctic laboratory and also marries his partner Lucy.

The first Despicable Me was released in 2010, and the second part in 2013. The second film’s box office volumes of $970 million, while the production cost was only $76 million, have allowed to announce the sequel. Despicable Me 3 will premiere on June 28, 2017. The fans will have to wait a bit due to the upcoming spin-off titled Minions, which is to be released on July 10, 2015.

The cartoon is made due to the support of Universal Pictures which is known for such projects as Warcraft, Forsage 7, Monster High, etc.

Chris Meledandri (Emily the Strange, Minions) is the main and executive producer, and the second producer is Dave Rosenbaum (The Secret Life of Pets).

According to the rumours, the following actors will be voicing over the characters in the third part: Elsie Fisher (Gutshot Straight, McFarland, USA), Dana Gaier, Pierre Coffin (Puppy), and Pamela Walker (Blow).

The film`s protagonist is a vile and mischievous guy named Gru. He plans on stealing the Moon with the help of his assistants, minions. In order to fulfill his plan, Gru has to obtain the shrink ray. He develops a cunning plan, for the sake of which he becomes a father of three girls from a foster home. The children have to get into the house of Vector, Gru`s rival, as cookie sellers and get the shrink ray. In the beginning, Edith, Agnes, Margo, and Gru don`t get along with each other, but later the man develops fatherly feelings towards the girls. love for his daughters changes him.

In Despicable Me 2, Gru has to help saving the Arctic laboratory which serves to conduct the experiments. Lucy Wilde becomes his partners, and, during the investigation, they develop romantic feelings to one another. Gru has to fight El Macho, his other rival, for the sake of his beloved Lucy. Everything ends with a grand wedding.

Currently, the script to the third part is in progress. Chris Meledandri, the producer, has promised to the fans that the filming crew has a lot to tell in this yet unfinished story.

The cartoon has become the most financially successful one in 2013 while winning a couple of awards like Annie, Sputnik, and Oscar.

The directors of the film took part in voicing the minions.

In the course of the project`s preparation, designers were inspired by illustrations of such artists as Charles Addams and Edward Gorey, who worked in the gothic macabre genre. The filming took place in Paris.

Al Pacino refused to do the voiceover for one of the Despicable Me 2 characters several months before the premiere. While the true reasons are not revealed, it is rumoured that there were some disagreements with the crew. 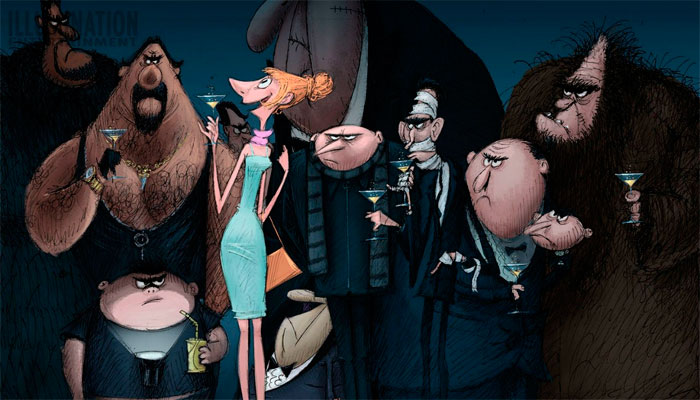 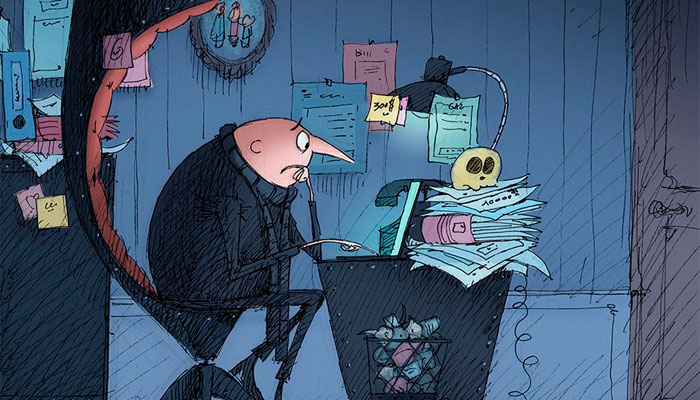 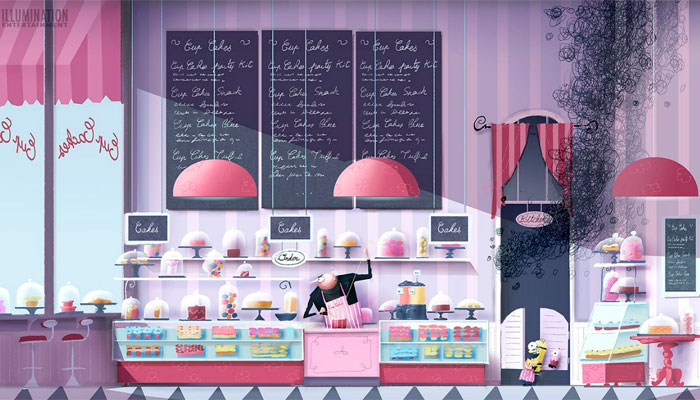