Here you’ll get up-to-date news on your beloved series, anime, reality shows and upcoming films. Every single day we do our best to collect the info about new broadcasts and premieres. Today let’s have a look at the upcoming premiere of the upcoming Deepwater Horizon tragic drama action movie. Scroll down to get the new facts, info on the plot, the crew and the release date.

Deepwater Horizon is a tragic American thriller drama film based on real life events of 2010 in the Gulf of Mexico and the action takes place on a Deepwater Horizon drilling rig. The director of the film is Peter Berg. We’re waiting for it in the beginning of autumn this year. Scroll down for the exact release date. 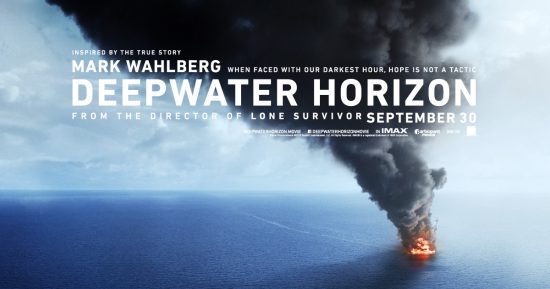 The movie is based on real circumstances happened on one of the oilrigs in the Gulf of Mexico. Together with all those brave and courageous people trying to deal with this disaster, you’ll be able to experience real horror and sincere, deeply touching emotions at the same time. You’ll see extreme moments of bravery and become the survivor in one of the greatest man-made disasters. The explosion caused a huge oil spill and lead to unpredictable tragic circumstances.
The details of the plot are not quite clear yet. It’s going to be somewhat of a documentary movie mixed with realistic special effects and portrayed by marvelous actors. Add a comment below if you know more. Don’t forget to watch the official teaser trailer available on YouTube.
The cast: Dylan O’Brien, Mark Wahlberg, Kate Hudson, Kurt Russell, Gina Rodriguez, Ethan Suplee, John Malkovich, Sue-Lynn Ansari, Joe Chrest, Brad Leland, Robert Walker Branchaud, J.D. Evermore, Julia Holt, Allyson Leigh Jordan and Douglas M. Griffin.

Deepwater Horizon is planned to be released on the 30th of September, 2016 by Lions Gate Entertainment.