It is intended to become one of the most anticipated historical movies coming off in 2017. Directed by Joe Wright, the story will take the truth about Winston Churchill out to public once more. Having acquired rights to distribute the flick universally, Focus Features revealed Darkest Hour release date. Working Title Films is corroborating with Focus on the production, by the way. Considering that their joint ventures have won various awards and got several nominations, there is no refraining from the supposition that the historical drama will be conveyed in the best way.
Previously, Wright worked with Focus and Working Title on such projects as “Atonement,” “Pride & Prejudice,” and “Anna Karenina.” Photography of the historical war drama was taken to start in fall 2016.
Apart from Wright, there are also other talents in the team behind the camera which contribute to the common goal substantially. Among them, Anthony McCarten appears penning the screenplay and working on the film as a producer. Lisa Bruce, Tim Bevan, and Eric Fellner are in the producing group also. 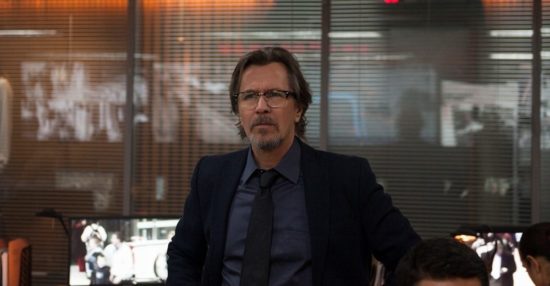 The script does not have Churchill’s life story at the crux but the very crucial moment from his life. This can make the upcoming motion picture one of the most distinct and compelling biopics to these days.
The central roles are being performed by the following cast members:

The upcoming flick has a solid historical background, following the career of Winston Churchill as the Prime Minister of Great Britain. Though peace offerings came from Adolf Hitler, Churchill did not trust him and at the time he was trying to convince the United States to join the war.
With the public that conceives everything in the wrong way, a skeptical King, and his own party set against him, Churchill must face his darkest turbulent hour with dignity and try to get history into the right direction.

Alongside with plot details, the exact premiere date became released. AS the schedule of Focus Features promises, Darkest Hour is going to appear on November 24, 2017, in the U.S. Moreover, Universal Pictures International launching has made it clear that worldwide the movie is being launched