The theme of wildlife and its protection has become extremely popular in recent years; mankind began to think about the preservation of flora and fauna, about the fact that many disasters and harmful human activities are the main causes of the extinction of many rare species in the world. Filmmakers from America and China have teamed up to release a new documentary on the subject, revealing the problems of wildlife. This picture, which is called, “Born in China”, was presented on August 12, 2016 in China, but in the United States it will be shown a little later, in 2017. The movie raises a great many of global issues, which bother animal defenders and displays a number of problems, the indifference to which can lead to very grave consequences.

The story of the film is narrated by two charming women: a Chinese narrator (Zhou Xun) works for Chinese audience and Jo Frost, a Brit one, tells the story for western viewers. Both women are well known in their countries and convey to the viewer the major events that are displayed in the “Born in China” (2016) in detail, expressing all the emotions and feelings that the authors wanted to convey to the viewer.
The film is directed by a Chinese producer and screenwriter Lu Chuan, a very famous filmmaker in his homeland. The companies responsible for the release of the movie worked in the same tandem as well as the creators: an independent Disneynature, which produces documentaries about nature, and Shanghai Media Group, one of the most popular media corporations in China. 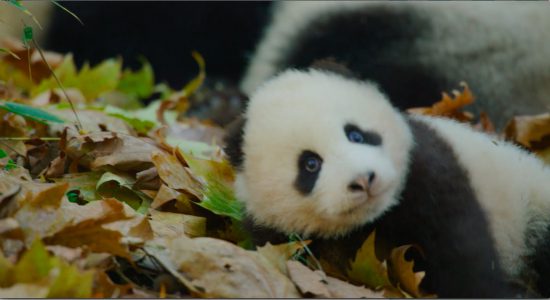 The film tells the story of an incredible journey into the wild areas of China, which very few people would dare to visit. The movie reflects the problems of three animal families, showing their lives and those moments that are rarely shot by ordinary photographers. Thus, the picture is full of amazing scenes with panda mother and her cub, which she carefully brings up. The famous golden monkey of two years old becomes a social outcast because of her younger sister and enters the group of outcast counterparts. And one of the most elusive animals in the world, the snow leopard, is filmed in detail together with its cub in one of the most difficult places for the survival on the planet. The cinema is full of amazing shots, conveying the beauty of China, its mountain peaks and bamboo forests. Its duration is 76 minutes, but during this time the audience gets the chance to enjoy an absolutely new world that is usually hidden from the eyes of people.

In China the movie was release on August 12, 2016, but in the US it will be presented on April 21, 2017. According to the rating on various sites it has got a great many of positive feedbacks from both critics and viewers. A kind story about wildlife became a principally new step in the sphere of nature documentary, so even now it’s possible to say that “Born in China” will be accepted by western audience with great delight and pleasure due to the film’s sincere and clear story.