If you’re tired of typical romantic Christmas comedies and fairy-tales for kids, this year you’ll have a chance to get some real fun watching a new black comedy film Bad Santa 2. Yeah, it’s the sequel, the continuation of the story of Bad Santa released in 2003. The filming started in January 2016. The director of Bad Santa 2 is Mark Waters and the script is co-written by Johnny Rosenthal and Shauna Cross.

The plans for the sequel appeared long ago – in 2009. That year Billy Bob Thornton hinted that the crime comedy film of 2003, Bad Santa, is going to be continued. The approximate release date was Christmas of 2011. On the 16th of December 2010, Miramax together with The Weinstein Company agreed to develop the sequel. On the 18th of March 2011 the sequel was officially confirmed.
The first step was to choose an actor for the leading role. Of course, it provoked negotiations with Thornton playing the role of Santa in the original movie.
On the 14th of July 2011, Los Angeles Times made an official confirmation that they hired Johnny Rosenthal and John Phillips as scriptwriters. The start of shooting was planned for the autumn of 2012 and the approximate release date was initially December 2013. On the 30th of July 2012, Steve Pink suggested rewriting the script and his direction. As a result, in May 2013, Miramax hired Doug Ellin to rewrite the script. He was also a possible candidate for the director’s post.
In Autumn of 2014, Thornton said that the film is in the phase of development. He also expressed his personal opinion about the upcoming comedy – he said, that it’s worse than the original movie, but the atmosphere looks almost the same. He hopes that the fans of Bad Santa will like it. 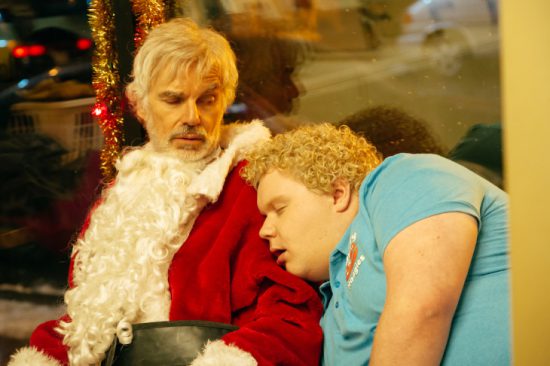 On the 29th of October 2015, Thornton was officially announced to play the role of the main character named Willie. The filming was planned to be started in Montreal in January of 2016. The release was scheduled for Christmas of the same year.
On the 3rd of November 2015, Mark Waters (the director of Mean Girls) became the director of Bad Santa 2. Brett Kelly and Tony Cox agreed to join the cast (they portrayed the main characters in the original movie).
On the 19th of November 2015, Kathy Bates was announced to join the cast. She’s going to portray Willie’s mom.
The filming started in Montreal, Qu?bec, Canada in the beginning of 2016. 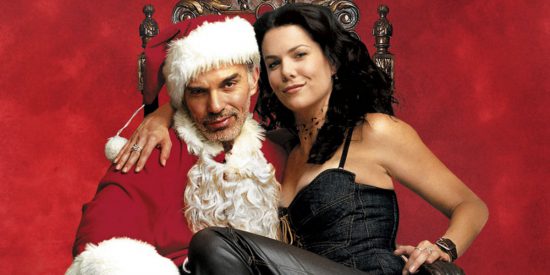