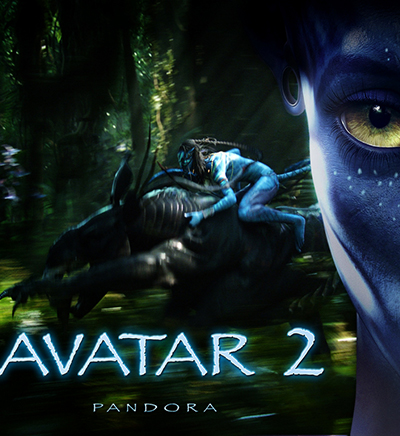 Avatar 2 is a much expected fantasy blockbuster. It is a sequel to Avatar which was filmed using the advanced and technologically sophisticated special effects and 3D image. The first part was released in 2009. The movie’s box office succeeded Titanic and reached $2.7 billion. That year, Avatar has won several Oscars. The sequel, Avatar 2, will premiere in December 2016. Also, there are plans for filming the third and the fourth parts.

The screenplay was written back in the 90s based on an adventure book, but, due to the lack of technological means, its development was left in the cold storage.

Avatar was produced in partnership with Fox; however, the company gave no clear answer on whether or not it will be sponsoring the film, as it is very cautious as to not spend a significant sum of money for nothing.

The director of the upcoming film is James Cameron. He is mostly known as one of the greatest masters of his craft, which he became after his moments of fame with the Oscar-nominated films Titanic and Terminator.

The leading role in the film was assigned to Sam Worthington (Clash of the Titans, Last Night, Man on a Ledge) who, prior to getting the part in the film, worked as a stonemason and slept in his car. The role of the princess named Neytiri will be played by Zoe Saldana (Star Trek, Colombiana, The Terminal). She has been preparing for the film thoroughly while riding the horse, practicing martial arts and lifting weight.

The events unfold on the Pandora planet in the future. One of the main characters called Jake Sully is a war veteran whose legs have ceased to function. He is assigned a mission of going to Pandora to search for the rare mineral. While there, Jake develops romantic feelings towards Neytiri who is a part of the Na’vi tribe; they are wed later. The film tells a story of confrontation between the local population and humans. The fight is over when the latter are made to leave Pandora.

In the second part of the film, the story will be revolving around another attempt of invading Pandora by humans. The further events will be occurring all over the Alpha Centauri system. According to James Cameron’s plans, a major part of the movie will be taking place underwater. It is possible that the director will use Russian MIr 1 and MIr 2 deep submergence vehicles, just like he did in Titanic. To make the film experience more realistic, Cameron has descended to the bottom of the Mariana Trench.

Cameron had to modify the story and to pledge to refuse from the salary in the event of a modest box office, in order to make the Fox company interested in the film’s production.

To feel the atmosphere of the wild tropics, the actors starring in Avatar were sent on a trip to Hawaii.

To reach for the greater audience, even the least intimate and violent scenes were cut from the film.

The team of experienced designers were working on the appearance of the tribal members for several years. Na’vi language was created specifically for the film; it consists of 1,000 words.

Cameron has developed his own system of the virtual filming. For example, to depict the actor’s mimics, small cameras were located at short distance from their face. The data was then transmitted to the computer.