Find a person who won’t try at least once in his life to play the famous Ubisoft game entitled as “Assassin’s Creed”? It is hard to accomplish in fact. However, the main issue for discussion now is not connected with that. The thing is that the admirers of this game can now walk on air as the cinematography adaptation is going to please us this already this year.

The upcoming new version of the Assassin’s Creed game is behind a marvelous trio including 20th Century Fox, Ubisoft Motion Pictures, and New Regency. 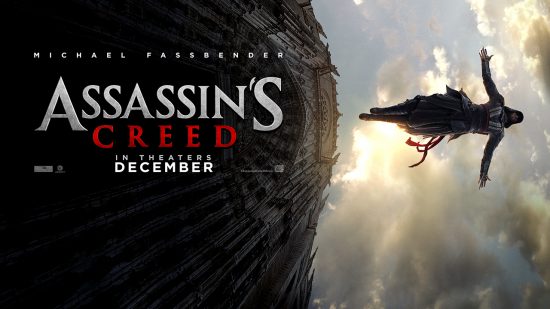 The direction has been here entrusted to Justin Kurzel while the script was developed by Adam Cooper, Bill Collage , Michael Lesslie according to the narrative in the game beloved worldwide.
The acting crew is rather diverse consisting of Michael Fassbender, Marion Cotillard, Jeremy Irons, Brendan Gleeson, Khalid Abdalla, Michael K. Williams
The question of genre is clear as a day. It is an adventurous action overloaded with fights and blood.

Though the story is known for gamers throughout the globe, we should focus on it in any case. So let’s start describing it.
The principal character here is Callum Lynch performed by Michael Fassbender. The revolutionary technology has resulted in clarifying the genetic memories of Callum. 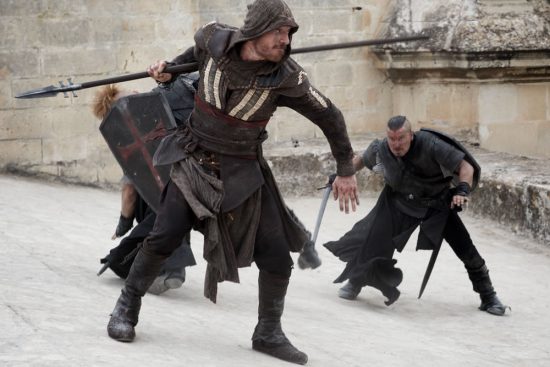 This leads to him getting to know that he is hailing from the secret organization called as Assassins. He turns to be in possession of incredible knowledge and skills that can assist him in taking on the powerful Templar organization in the modern day.
So he embarks on experiencing the adventure of his ancestor named Aguilar who has been living in the 15th century in Spain.

Official posters and trailers to the movie

For today, we have several images for us to enjoy them and start feeling anticipation about the premiere. The latest two of them have become available at first on the official Twitter accounts of the developers. You can follow them now as well on our service.

Is the film to differ from the game greatly? 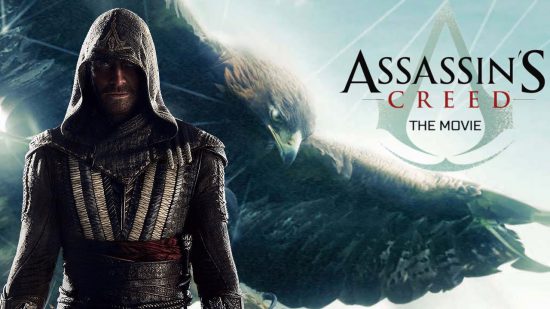 The answer to this question is surely no. The very atmosphere of the game, as well as the concept, will be kept. As Kurzel has noted in one of his interviews, it is a story of a man who is pursuing to find out who he is according to his nature. Self-defining is thus the main idea of the story that is joined also by one also of vital importance – struggling for light by dark means.

When can we expect the launch of one of the most anticipated premieres 2016?

The launch date is already defined much to the luck of the followers who cannot but feel exhilaration when it goes about this movie. The Assassin’s Creed release date is considered to be for today December 21, 2016.
Follow us in the case some changes in the project situation take place, surely, if you wish to be notified about events tin the nick of time, as well as at first hand.