The 2014 year saw the premiere of fourth part of The Conjuring film series entitled as Annabelle. Our part is to make a review of the whole Annabelle franchise the second installment of which is scheduled to appear in the US on May 19, 2017.

After the release of this horror movie in 2014, the question of the next chapter appeared as the agenda for the developers named John R. Leonetti, the director, and Gary Dauberman, the scriptwriter of the film. 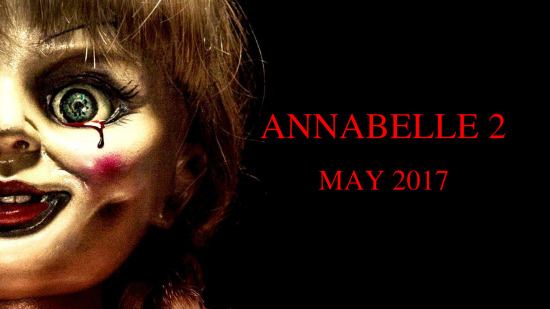 In the previous October, the supernatural picture had got a second chance. The generation of ideas was given a start and in March 2016, the directorial duties were entrusted to another person named David F. Sandberg. Peter Safran and James Wan come back to the project as producers.

During the scrupulous selection of the performers for the future sequel of Annabelle 2014, such actors and actresses as Stephanie Sigman, Talitha Bateman, Anthony LaPaglia, and Miranda Otto were chosen to play the main parts.
Lulu Wilson, Philippa Coulthard, Grace Fulton, Lou Lou Safran, Samara Lee, and Tayler Buck will take the supporting characters. With Sandberg being included in the behind-the-scene crew, there is no wondering about the appearing of his spouse and collaborator named Lotta Losten in the movie.
The filming of the upcoming picture has been underway since the start of summer 2016. We can only wait for the result to come out next year.

When opening the doors of their house to a nun and several girls from a shuttered orphanage, a dollmaker, and his wife could have made no predictions that their lives would be turned into horror. 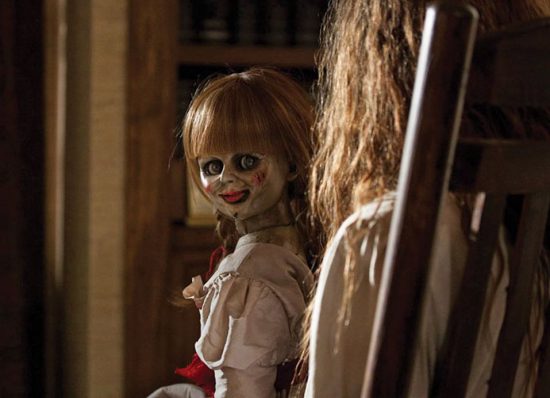 The possessed doll named Annabelle starts setting her sights on the children. What will this lead to? What terrifying events and tragedies will follow this crucial decision in the life of a couple?

A considerable portion of skepticism has appeared in the minds of those horror followers who have watched the first part of the Annabelle franchise, as the movie is not dear to their tastes in the majority of cases.
Many are noting that the narrative is considered as the weakest part of the project with half-baked characters.
The scores on aggregator websites are distressing enough. The IMDb website offers only 5.4 points out of 10 while on Metacritic, the figure is even less – 34%.
Despite all that criticism towards the movie, the project managed to receive a number of nominations including Saturn Award, Empire Award, and Fright Meter Award. The irony of the situation was that the movie was nominated for Chainsaw Award in the category of the Worst Film.

The release of the upcoming sequel is planned to be given a start in the US on May 19, 2017. This the Annabelle 2 release date confirmed formally by its developers.
Whether to follow the continuation or not is your personal deal, as the expectations are so high due to the low quality of the first part. At least, the attempt can be made. And really who knows, maybe the second chapter will be much exciting than the freshman one.