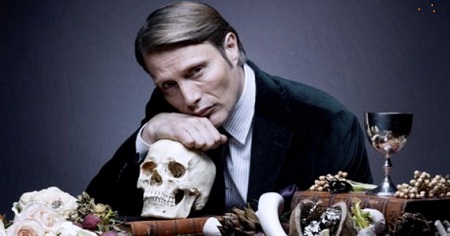 In a case, you wonder what is the correct order to watch Hannibal movies and series. The details on this theme are given below.

Before telling the viewing order of Hannibal movies and TV show, we need to talk few words about the source – books written by Thomas Harris. The first movie after Hannibal was released in 1986 – Manhunter. The movie wasn’t very popular though it has introduced the character of Hannibal Lecter.  If you are a hardcore fan of Hannibal franchise the books are must read before watching the movies. We recommend reading Hannibal books in such order: 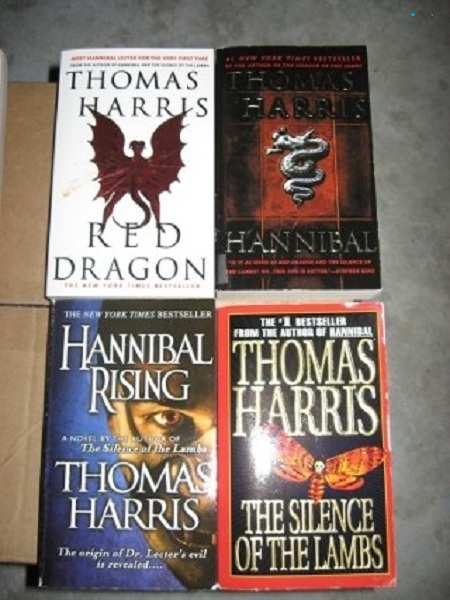 The plot of Hannibal movies

But the novel franchise is the main source though we are more interested in the correct order to watch Hannibal movies since they are a bit confusing when it comes to the chronological plotline.
The Hannibal movie series is one of the best titles that the horror and thriller genre can offer. Foremost, this is a highly intelligent serial killer has earned himself a spot among the best to hit the big screen. With the continued success in both TV and the movies, this household name isn’t going anywhere soon.
Below you will find the short description of all Hannibal movies according to their release dates but not according to the chronological of the main Hannibal’s storyline:
Manhunter (1986)
The basis for the film is the novel "Red Dragon" by Thomas Harris. The FBI is trying to go on the trail of a dangerous criminal, who was given the nickname The Tooth Fairy. To search more effectively, the detective comes in contact with Hannibal Lecter, who was the inmate in the same cell in a psychiatric ward of a prison along with The Tooth Fairy. Hannibal Lecter himself is a maniac and that is why it is easier for him to understand the motives of The Tooth Fairy. 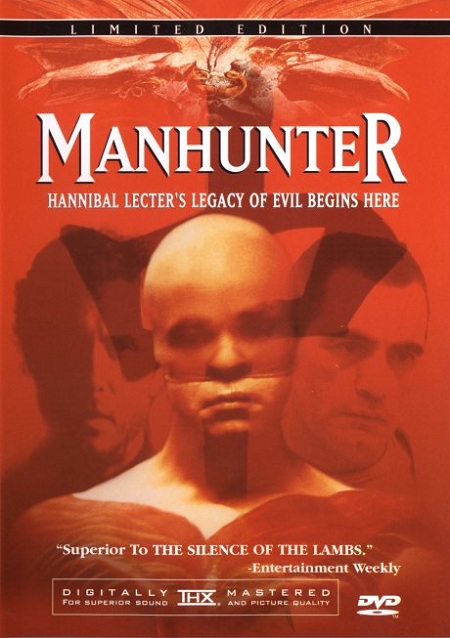 Silence of the Lambs (1991)
The provincial American town experiences several murders committed with particular cruelty. The authorities are powerless to catch the maniac and the main protagonist Clarissa Starling is forced to seek help from a psychologist Hannibal Lecter sitting in prison for serial murder and cannibalism.
Watch Silence of The Lambs movie trailer:


Hannibal (2001)
After ten years of silence, the genius but dangerous Hannibal Lecter wrote a letter to FBI agent’s Clarice Starling, offering her to resume their interrupted intellectual duel.
With millionaire Mason Verger, who became the latest victim of the mad doctor and dream is now to feed Lecter voracious pack of wild boars, Clarice goes on the trail of an elusive serial killer and soon finds out that he was already hunting Venetian police Inspector Rinaldo Pazzi expects to get for his capture generous reward.
But the primitive trap is a weak barrier to the hungry cannibal who is getting closer to Clarice, to invite her to the favorite of the worst meal in her life. 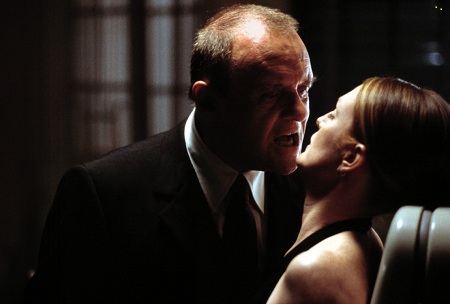 Red Dragon (2002)
A new serial killer is on the trail of a man nicknamed "The Tooth Fairy". During his pursuit, he in the spirit of such films mutilates, tortures, sometimes regales whole families. The police do not have the slightest idea about the identity of fanatic people are horrified by the thought that the geek will not be able to stop.
That is why an FBI agent Will Graham is called back to work from retirement. Previously, he succeeded in investigating such crimes. In the last case, the doctor Lecter almost killed him, but despite this the police still caught Hannibal and put him behind bars. But what is most unpleasant in this story is that only the ill-fated killer doctor can enter the blood trail.
Watch Red Dragon movie trailer 1:

Hannibal Rising 2007
Three of the most striking episodes from the life of the cannibal Lecter are depicted here: childhood, a psychiatrist ten years in France and his leave for the US, where starts the plotline of the movie Red Dragon. What events have opened him a ruthless man-eater, how Dr. Lecturer managed to cross the line, distinguishing normal from a mental illness? The movie will tell. 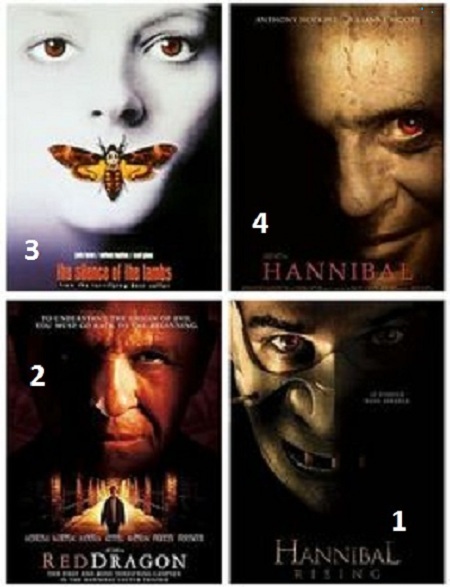 There is also NBC’s TV show simply titled as Hannibal. The TV show depicts the events before the original movie trilogy but after Hannibal Rising. The show has three complete seasons and NBC closed it already though there are rumors about the sequel to the TV show that can be produced by other TV channel or network. You can watch Hannibal TV series after all movies or separately since it is a completely new version of the Harris’ books.
The TV show Hannibal depicts a deranged version of Will Graham who is an FBI agent wanting to catch the serial killer is Dr. Hannibal Lecter. The events occur before Hannibal’s nature is revealed and before his arrest and the appearance of Clarissa Starling.
Watch Hannibal TV show trailer:

Did you like the offered viewing order of Hannibal/ What is the correct order to watch Hannibal according to your opinion?