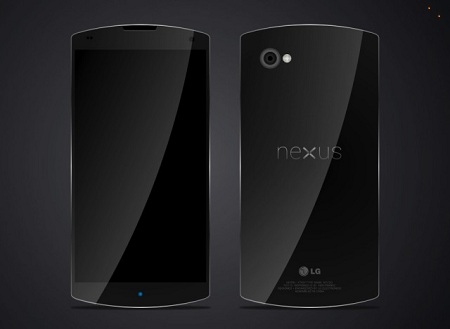 LG Nexus 5 release date was rumored. The details are given below.

There were leaked the design of the updated LG Nexus 5.
uSwitch published a video with 3D-model of the next standard smartphone made by Google – the updated model of LG Nexus 5. The device receives 5.2-inch screen and a fingerprint sensor.
The South Korean manufacturer has continued to experiment with the placement of the various functions into the new Google smartphone: there will be added the fingerprint reader is located next to the main camera on the back, by analogy with the volume keys and unlock the flagship model in the LG (G2, G3, and G4).
Dimensions of the smartphone will be 146.9 mm in height and 72.9 mm in width. The thickness of the new smartphone will be 8 mm or 9.8 mm, assuming bulging rear of the camera. 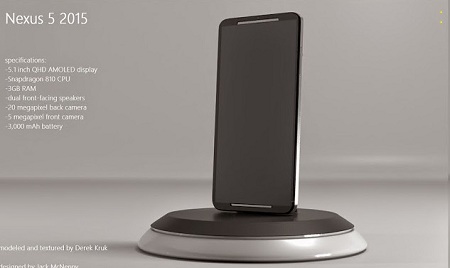 There are also two stereo speakers on the front side of the smartphone and a special connector, indicating that the gadget is equipped with port USB Type C.
According to the resource, Nexus 5 should receive a plastic back cover and metal frame. uSwitch does not exclude the all-metal body for the new phone.
Google is not the first time collaborating with LG to produce gadgets. Thus, the Internet giant, together with the South Korean manufacturer will release a smartphone Nexus 4 and Nexus 5. The range of Nexus, in which Google and its partners released the so-called reference Android-based device, dubbed the "Google Phone", founded in 2010. First released Nexus HTC, the next two smartphone – Samsung, followed by LG. Last smartphone Nexus 6 was developed in partnership with Motorola, a tablet Nexus 9 – with HTC.
Google will introduce LG Nexus 5 release date will happen in October-November of 2015.
Watch leaked video of LG Nexus 5:

According to some rumors, in addition to this model it will be released a 5.7-inch smartphone by Huawei.
Will you buy this new smartphone?