Despite leading the successful and wealthy life, K. Michelle is anxious to take the most important role in a fate of any woman – to become a mother. This series revolves around both the working and personal sides of her life. The third season will come out already at the start of the next year.

K. Michelle: My Life is a co-project between Eastern TV and Monami Entertainment. The broadcast was initially arranged on VH1. The series is considered as a spinoff to Love & Hip Hop: Atlanta following the life of the marvelous K. Michelle, a Memphis-born R&B and soul singer. 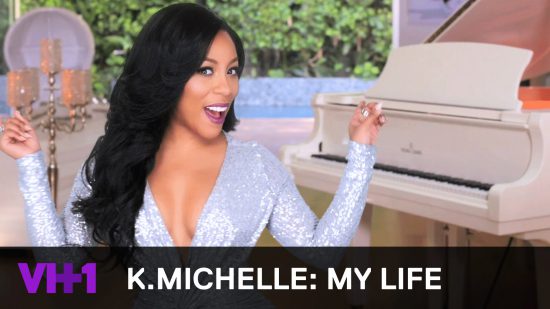 The opening of the show is dated back to November 2014. The latest second chapter appeared in January 2016.

How to Keep Balance Between Work and Personal Life?

This question has been stirring the hearts of the majority of people nowadays. K. Michelle is going to show us how to do this if your life seems to be the busiest one in the world.
Who is K. Michelle, in fact? If you are a follower of the R&B genre, you should know her, as she is a Memphis-born R&B and soul singer.
The series follows her life as she communicates with her colleagues, family members, friends, and other various characters in her fate.
Her busy schedule influences her romantic affairs that end up often with heartbreaks, as well as the relationships with her best fellows. Nevertheless, she accepts this challenge and copes with it in the majority of cases.
The multiple events cannot refer her life to the routine one. There is always something in the day course that amazes and inspires her. However, building career is not the first goal in her life, as she wants to become a mother. Is there perhaps another tour in K.Michelle’s near future?

The ratings of the reality series are not just healthy; they are superb, in fact. As for today, the viewership constitutes 2.2 million watchers that even higher in comparison with the release of the freshman installment. The reason for such increase is obvious. The hiatus between the two seasons was long enough. A lot had been changed since the end of the freshman installment and our beloved character had, thus, many exciting and revealing facts to present to the audience.
On IMDb, the score is lower than the viewership might suggest – only 5.7 points out of 10. The potential of the renewal is pretty strong despite the average scores.

This past summer, K.Michelle’s Twitter accounts has acknowledged us of the start of the third season filming. So, we can expect the release at the start of the next year. Consequently, we should be prepared for the near appearance of the K. Michelle: My Life season 3 release date.
Is this project to your liking? Are you a fan of K. Michelle? Is the show realistic enough for you? Share your thoughts with us regarding all issues related to this project in the commentaries below. We will appreciate your feedback greatly!