Ink Master is a popular show that has its co-projects, spinoffs. One of them is Ink Master: Redemption that is running on Spike TV in the shape of the third season now. What is the latest rating of the reality story? Let’s find it out together. If you have followed the first episodes of season 3, let us know your impressions in the commentaries below.

All We Should Know of the Show

The developers of the Ink Master project decided to create a new spinoff and launched Ink Master: Redemption in September 2015. Due to the superb rating figures, the story was revived for the second debut right away. 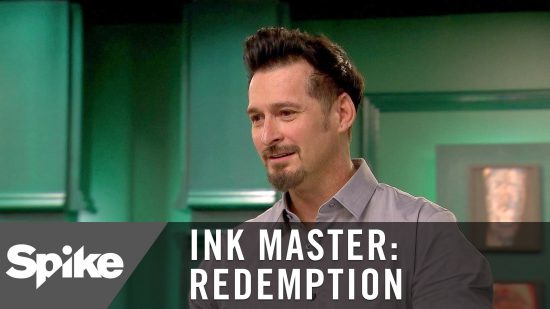 The company behind the production is Original Media. Meanwhile, the distribution is the matter for Spike TV in the USA, RTL Entertainment in Netherlands, and Viasat 6 in Hungary.

Following the Concept of the Original Franchise

Broadcasted since 2012, the original franchise of Ink Master is a competition where ten the most experienced and skilled tattoo artists from various corner of the US country fight for the title of the best master and for a great sum of money constituting $100,000. The show is hosted by rock legend Dave Navarro. The panel of judges is composed of the icons of the tattoo world named Chris Nunez and Oliver Peck.
The stakes are excessively high with ‘Living Canvasses’ offering their skin to be permanently marked in this adrenalized competition.

Concerning the Ideas of the Spinoff

The “human canvasses” from the original show are not content with the tattoos that they have obtained in the harsh competition. Surely, people should not suffer living with tattoos with which they are completely dissatisfied.
In order to improve everything according to their desires, this spinoff has been created. So, the living canvasses take a second chance for a more satisfactory tattoo here. 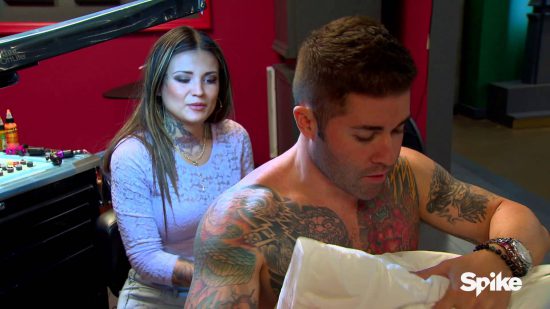 Response to the Season 3 Broadcast

After finding out what the core of the show is, we cannot but make a conclusion right at once that the story has earned praise. The hearts of the American audience that spend a billion dollars each year on making fascinating tattoos are stirred deeply.
As for now, the third installment airs on Spike TV. The Ink Master: Redemption season 3 release date is reckoned to be August 23, 2016. So, many episodes have been already released. The viewership is the same as during the broadcast of the previous chapters – 0.5 million people with a 0.26 rating in the 18-49 demo. During the premiere season release, the TV show was ranked as the number 1 show in its timeslot with the 18-49 demo.
Are you following the third installment? Is it to your liking or not? Has it managed to replicate the success of the preceding episodes? How do you think? Is the fourth season possible? Can we expect its appearance on TV screens next year? Let us know in the comments below the article, as your opinion is of vital concern for us.