Do you put faith in the existence of Bigfoot? This project will serve as an exciting one for you only if your answer is yes to this question. The researchers are looking for the evidence there without even supposing that this creature cannot even exist. Nine seasons are available for watching yet the tenth one is still to be confirmed.

A Minimal Portion of Production Info

Finding Bigfoot has been a settler on Animal Planet since 2011. Nine seasons are at our disposal now. The latest release is dated back to March 2016. Each episode lasts for one hour. There are also some specials in the franchise with the duration of two hours each. The show is created by Ping Pong Productions. The crew of executives includes Keith Hoffman, Brad Kuhlman, Casey Brumels, and Chad Hammel. 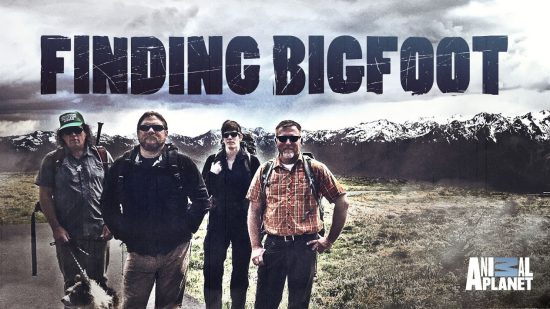 Following the Goal of Investigation

Those who are skeptical about the existence of Bigfoot’s existence should just pass by this documentary show since there the team of researchers has no doubts concerning this. What are they looking for? They search for the evidence that can assuage doubts of people and are set to show that they are right. They come to see this creature in every shadow lurking in the forest and hear its steps in every snap of a branch. It could be rather funny for those who do not believe in it. So, do not waste your time if you are not interested in mysteries of such kinds.
To make a long story short, let’s just name the members of the Bigfoot Field Researchers Organization or shortly, BFRO. Well, they are James “Bobo” Fay, Cliff Barackman, the skeptic Ranae Holland, and their group leader and BFRO founder Matt Moneymaker.

Ratings of the Long-running Show

In the latest season, we have been following the expedition across North California including the locations of Southern Oregon, Mississippi, Arkansas, Tennessee, and the Appalachian Trail.
Though the show is a long-running one, the reviews stand as negative almost in each case. The score on IMDb constitutes only 4.2 points out of 10.
The irony of the situation is such that it has managed to become one of Animal Planet top shows with a steady audience of approximately 1.5 million viewers. How has this happened? We may disappoint you but moreover, the series has given birth to two spinoffs entitled Finding Bigfoot: Further evidence and Finding Bigfoot: Rejected Evidence.

Will there be Season 10 on Animal Planet?

We can only say that despite the negative attitude of the audience, some mysterious people keep following it. Herewith, the show can never come to an end or can in the far future? How do you think?
In any case, the researchers won’t stop believing in the existence of Bigfoot and will continue their mesmerizingly unproductive efforts to prove that there is something beyond the mundane reality.
If you are interested in the Finding Bigfoot season 10 release date, we have nothing to do but dissatisfy your expectations, as there has been no revival confirmed yet.