Plastic surgeons on this show are ready to fix all terrible mistakes made by doctors. The series is new but is turning already to a settler on E!. What stories will the next season bring? And is it to be launched ever? Let’s find everything out.

Some Basic Features of the Reality Show

The series is a reality TV show included into the programming list of the E! channel yet in 2014. Now, we have three full installments. The latest premiere is dated back to May 2016, exactly.

The series production is a task of such executives as Alex Baskin, Douglas Ross, Mark Herwick, and Greg Stewart. These names are familiar to us due to the broadcast of Big Brother and The Real Housewives franchise.
At the start of August 2016, we have been welcome to watch the starting spinoff of the given project entitled as Botched by Nature. There, the doctors are traveling across the country in order to help people whose appearance was dejected greatly by either genetics or accidents.

The series exposes the real life cases of plastic surgery when unprofessional doctors commit terrible mistakes. Our heroes are set to fix everything in order to give a second chance to people to lead a normal life.
The surgeons here are Terry Dubrow and Paul Nassif. They are famous for their participation in The Real Housewives series as husbands of central heroines.
Now they are on their own show and are set to be savers for many people. They are the last resort of patients who come to them. So, they have no other way but to make things right. 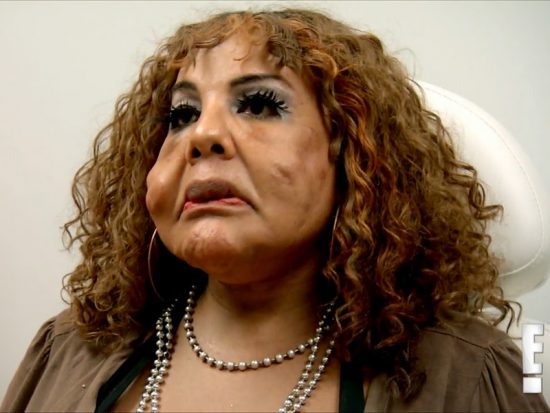 The concept of the story provides the series with a large audience in fact. The sober stories are always dear to watchers’ tastes especially it concerns women.
The series garners the average number of 1 million people for an episode and that is quite good for the E! channel. This level of ranking is kept throughout the whole course of three seasons, actually. The stability in ratings is a guarantee of the positive verdicts regarding the series future. Thus, chances of the renewal are fighting ones.

Latest Cases of the Show

The third season has been no less intense than the previous two ones. The favorite Rajee comes back to our professionals as she suffers a severe disfiguration due to injections that are done by those who have no medical license.
In the final episode, Dr. Nassif changes also the shape of the nose of a Lebanese patient, as she is going to get married soon and her wedding pictures should be, consequently, perfect.

Nothing is actually known about the series future. Its recent third debut implies, however, that we should not be under the illusion of the info appearing earlier than spring 2017, though the resumption is possible to be near in coming. The Botched season 4 release date is a much more far matter. Stay tuned following our service and you will get informed of any updates.