Sitcom is the best way to spend an evening after a tiring working day. American sitcoms are always the best ones and they are often licensed in other countries all over the world. This one is a single-camera sitcom. The first episode of it was released on the 2nd of March 2016 by ABC.  The original idea for the series belongs to Dan Savage. He is also the executive producer of The Real O’Neals.

That’s a hilarious fresh look on a perfect family. Well, not perfect in reality, but that’s the image they try to create. In the course of the series, their seemingly ideal lives change, taking unpredictable turns and revealing their deep down personalities. The characters open their new sides entering a new phase of relationships where they stop pretending and start behaving the way they really are. No one is perfect when starts being real.

Meet the Cast and the Characters

Eileen O’Neal portrayed by Martha Plimpton. Love in the neighborhood for volunteer work. She’s the chief one in O’Neal household and the last to reveal all of her secrets being psychologically stronger than the others are. She had an unplanned pregnancy 18 years ago which made her marry Pat. Does her best to pretend a perfect Catholic mom. However, in the course of the series the community in the neighborhood gets to know that her marriage is falling apart and her moral issues are not that good, as they always seemed to be. She looks like a loving and caring mom reluctant to show off real her.
Pat O’Neal portrayed by Jay Ferguson. A police officer at Chicago Police Department loving and caring for his family and the household. Not ready to lead single life after the divorce. Lives in the same house where he lived before the divorce, but his “divorce dwelling” is the basement. Whenever he needs help, he gets back for advice to his former wife.
Kenny O’Neal portrayed by Noah Galvin. A middle child in the family. He’s smart and very likeable. Feels like a black sheep among his siblings. Kenny is his mom’s favorite and the first gay kid at school. He’s got great imagination which allows him to have a chat for advice with Jesus or Jimmy Kimmel. The only thing he’s dreaming of is to be accepted by the society. 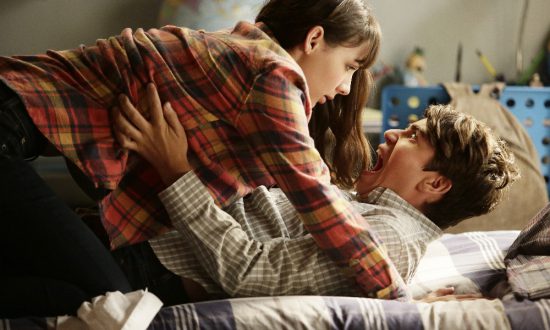 Jimmy O’Neal portrayed by Matt Shively. The eldest kid in the family. He’s handsome and popular at high school. He’s also a member of a wrestling team. Looks sharp, but caring deep down inside. Feels depressed about being a big guy in the team and gets caught by a severe eating disorder. Always ready to protect his brother Kenny from bullying on his sexuality.
Shannon O’Neal portrayed by Bebe Wood. The brightest and the wisest person in the family. She’s resourceful and clever, but experiences troubles with her unstable moral issues. She’s been collecting money for poor kids, but later it turned out that she was collecting them in order to buy herself a car, even though she can’t drive.

On the 12th of May 2016, The Real O’Neals series was officially renewed for the second season. The first episode is planned to be aired on the 11th of October 2016.