Police soaps can be divided into two categories: comedy shows, describing the guards of order from a comical point of view, and serious projects based on real crimes investigations. A British TV series “Suspects”, of course, belongs to the second category, because all the events are described in a documentary style, and the actors act very seriously. This program has many features that set it apart from other shows of this kind; in particular it is an improvised acting. For the first time the show was presented on February 12, 2014 on British Channel 5, and since then it has been already released 4 series. At the moment there is information that the creators decided to extend the project and reported that “Suspects” series 5 will be released on August 03, 2016. The following article focuses on all the features of this program, its actors and the plot.

The series in the genre of crime fiction is broadcasted on a famous British commercial network Channel 5, and the company distributing the project is Newman Street. Its creators are Paul Marquess, Steve Hughes and Darren Fairhurst, and executive producers are Mary Hare and Kara Manley.

The series tells the story of three detectives from London: Jack Weston, whose role is played by Damien Molony, Martha Bellamy (Fay Ripley) and Charlie Steele (Clare-Hope Ashley). The main feature of “Suspects” is that crime detection occurs in the genre of documentary, but the actors do not have a specific script, and all their actions and dialogues are improvised, which is quite unusual. In order to be ready for such roles the actors were trained in a real police station, where they learned a lot about all the features and intricacies of police work. Their were trained in studying the techniques of interrogation, the main terms used in this area and many other things that are needed to a professional police officer.
It is known that in series 5 the characters will face a very unusual investigation and they will have to work hard to get all the details and circumstances of their colleague’s death. The plot is full of unusual mysteries, puzzles and everything that the fans of “Suspects” love so much. 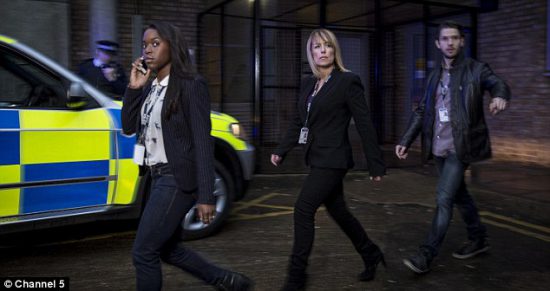 The series was accepted by critics and viewers with mixed feelings. Some of them believe that the plot is not a great one and actors’ improvisation is excess. In opinion of many the reality of the filming is achieved with the help of manner of shooting but nit the dialogues. Anyway, the program has earned a lot of positive reviews as the number of its viewers on Channel 5 was very extremely large.
While talking about ratings, it is worth noting that the premiere of the show was watched by a lot of people, but during the broadcasting their number has declined. Despite this the authors believe that the continuation will be appreciated, and their work hasn’t been in vain. There is little to wait for series 5 release, and very soon it will be known whether the creators have really managed to change “Suspects” for the better.