Horror drama series created by Canadian filmmakers. Produced by Super Channel. In the United States of America Slasher series was released on the 4th of March 2016. Canadian Super Channel aired the premiere episode of the first season on the 1st of April this year. The show centers its plot on The Executioner – a maniac from a fictional place in Canada. The first season consisting out of eight episodes in total turned out to be pretty successful and enjoyed a number of positive reviews both from the critics and from the viewers.

The Format and Background

The creators of Slasher found their inspiration in cult horror series American Horror Story, that’s why every season filmed represents one storyline resolving un the last episode of the season. Each season is a self-contained story, where cast is always almost the same. This gives each actor a good chance to demonstrate their acting abilities from different sides. Aaron Martin mixed his favorite genres together to create a unique plot. He was influenced by Agatha Christie’s mysteries; he’s been fond of Halloween and It Follows franchises. He tried to make his murderer look as simple as possible willing not to represent some mythological and extraordinary creature out of him. 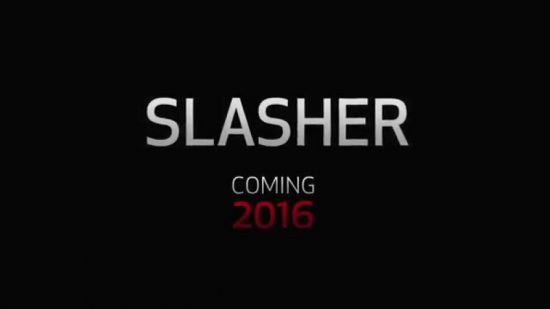 Most part of the characters also has mystical stories behind their backs. Every character’s story is fully revealed by the last episode in the season. All this sounds just perfect for the logical continuation.

Season 1 tells us the story of Sarah Bennett, an artist. She’s married to Dylan and they move to Sarah’s birthplace somewhere in Canada. She wants to get to her parent’s former house. The house was a numb witness of a horrible event – Sarah’s parents’ violent murder. Her parents named Bryan and Rachel were killed on Halloween night of 1988 in their own house. Sarah was a newborn and can’t remember anything about that day. Sarah gets back to Waterbury, her mother town in order to reveal the mystery of murders of the so called Executioner. 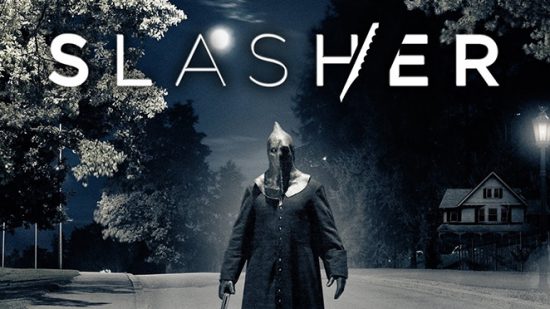 Sarah decided to have a short visit to her parents’ murderer named Tom Winston. Tom tries to persuade her that all people living in Waterbury have secrets to conceal. Their friendliness, innocence and sincerity are used to mask darkest of secrets. Tom tries to prove that The Executioner has his personal attitude towards each of the citizens making them suffer for the sins they had done.

The first season of Slasher premiered and finished in spring this year and the producers keep their mysterious silence. No wonder! Success of such projects (just like AHS) totally depends on the enigma created by the producers and the directors. No one knows anything about the future plot, the cast and the release dates, but everyone is aware that the series hasn’t been cancelled yet. One story has been successfully finished and we’re willing for more!