The average results from the broadcast of School of Rock can lead to cancellation. Yet this can become clear only after the current second installment broadcasted for the tween audience on Nickelodeon.

School of Rock is another series on the Nickelodeon network tailored specifically to children between 10 and 14 years. The series is new with the first chapter given a start in March 2016. The second part is airing, currently. The School of Rock season 2 release date is September 17, 2016. So, you and your children are welcome to receive another portion of positive emotions together with this scripted musical sitcom.

The amount of episodes has been extended from 12 to 13 episodes, in the second chapter, by the way. The live-action comedy is the product of the duo consisting of Armogida Brothers Productions and Passable Entertainment. The script is a deal for Jim and Steve Armogida. They work in harness with such executives as Scott Rudin, Jay Kogen, Eli Bush and Richard Linklater.
As for the acting cast, it includes such young actors and actresses as Breanna Yde (Tomika), Ricardo Hurtado (Freddy), Jade Pettyjohn (Summer), Aidan Miner (Lawrence) Lance Lim (Zack), and Tony Cavalero (Mr. Finn).

Have you watched the School of Rock movie in 2003? Well, in fact, it is a series adaptation of this film. The story revolves around the students attending a prestigious prep school and their substitute teacher. Apart from teaching children, he plays rock music.
First of all, they do not accept their newly coming teacher but with time passing they come to understanding how cool he is, in fact. Finally, they form a clandestine rock band together with him.
In the current second installment, we are set to keep following the life of a teacher and his students with the mixture of many musical numbers turned into the comedy fabric to please the tween audience. 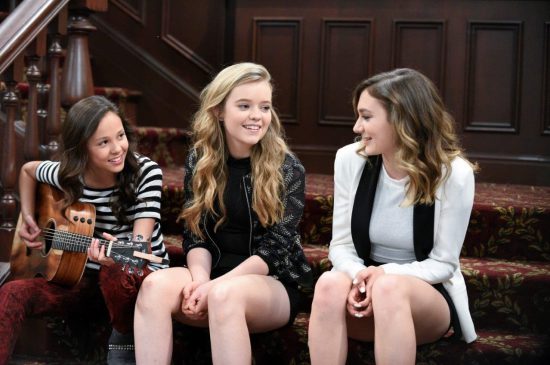 Feedback From the Audience

The series has been received with much concurrent enthusiasm. The viewership is healthy with 2 million people sitting on average in front of their screens during the release of a new episode each time. The second installment is noted for a small decline in ratings – only 1.3 million watchers during the premiere episode.
As far as the reviews are concerned, here the state of affairs is not so inspiring. The thing is that they are controversial. Some consider the comedy a half-baked one with nothing but primitive storylines and infantile characters. Others hold the opinion that the atmosphere of the program is quite sweet while the performances are funny indeed. What is your personal view of this project? What side have you chosen?
This makes a difficulty in terms of defining the series chances of renewal for the third season. However, let’s not worry about the future of the project so far, as the second installment is airing now for us.